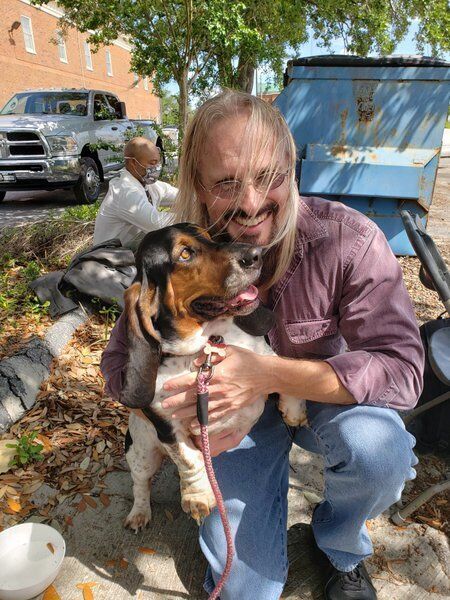 Submitted Photo H. Aaron Strickland hangs out with Rollo, a Bassett Hound and actor in 'Bandit,' while filming on-set in Valdosta. 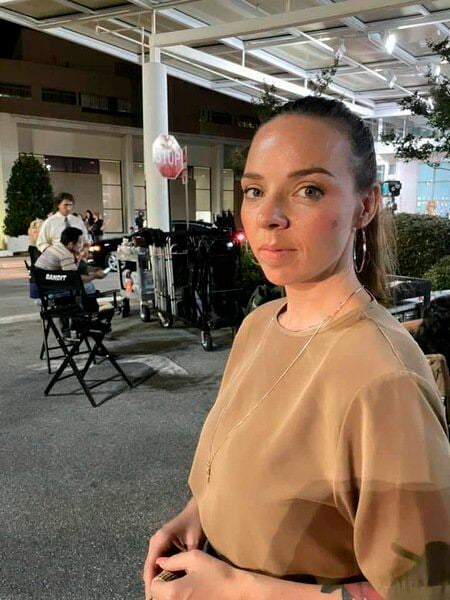 Submitted PhotoAmanda Raye of Nashville, Tenn., is on the set of 'Bandit' in Valdosta. Raye was an extra in the movie. 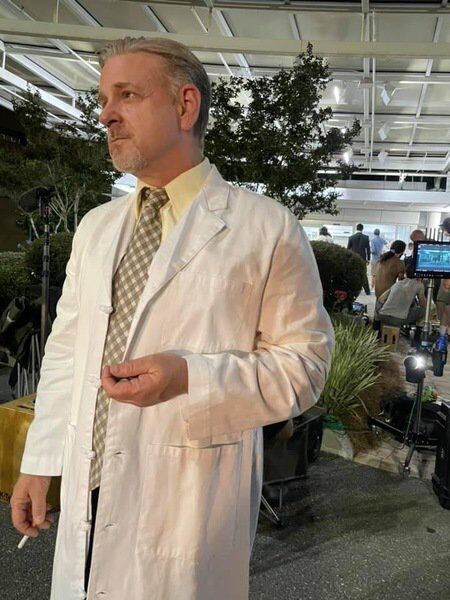 Submitted PhotoRich Mossman plays a hospital worker in 'Bandit.' Mossman came to Valdosta from Tennessee to be in the movie. 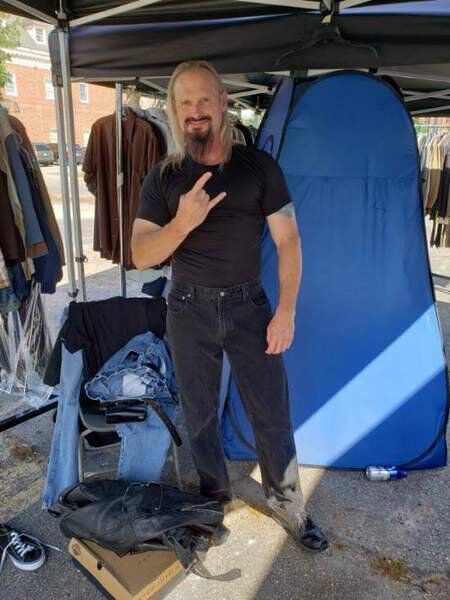 Submitted Photo H. Aaron Strickland hangs out with Rollo, a Bassett Hound and actor in 'Bandit,' while filming on-set in Valdosta.

Submitted PhotoAmanda Raye of Nashville, Tenn., is on the set of 'Bandit' in Valdosta. Raye was an extra in the movie.

Submitted PhotoRich Mossman plays a hospital worker in 'Bandit.' Mossman came to Valdosta from Tennessee to be in the movie.

And three musicians all took the trip alongside actor Josh Duhamel and actress Elisha Cuthbert in action thriller "Bandit."

Actor Mel Gibson also stars in the film, which follows the life of career criminal Gilbert Galvan Jr. who escaped from prison in the United States, crossed into Canada and became a part of the "biggest heist in Canadian history," according to a May article by Variety.

Thomasville Pictures is working on the project, which has filmed in Thomasville and Moultrie and is scheduled to film in Tifton.

Filming has attracted Valdosta residents to participate and has brought people from other states to South Georgia.

H. Aaron Strickland – a Valdosta-based realtor and a drummer in the band Naturally Southern – got his chance to sit in the same room as Duhamel and Cuthbert after he signed on to be an extra in the motion picture while shooting in Valdosta.

"It was amazing," Strickland said. "It was very, very cool. They were just very down-to-earth people, and what was really cool was being in the room with them and watching them interact with the director."

Initially, Strickland applied to be an extra when the film was being shot in Thomasville; however, he said he didn't receive a response. Once word spread that production moved to Valdosta, Michael Noll, a friend of Strickland's, told him he should inquire.

Strickland said he was hesitant, since he never received a reply earlier. After trying again, he said he was contacted June 9 to be an extra.

The next day, dressed in all black, Strickland played a pedestrian in a scene set outside of an exotic club, he said. He called the role "fitting" as he previously worked as a bouncer and a disc jockey at an exotic club in the 1990s, he said.

"The experience was fantastic," he said.

He noted the crew was welcoming.

Wardrobe didn't need to do much as Strickland said he already had the hair, clothes and the look.

"I'm kind of stuck in the '80s," he said. "I kind of consider my look to be kind of timeless. A rocker, a guy who plays the drums, rides a motorcycle and has long hair. That's kind of timeless and can be applied to any situation."

Strickland was called to set a second time after someone else canceled. This time, he was tasked with dressing in blue jeans and a shirt and playing a furniture mover.

He said the scene was filmed 15 times, with the crew attempting to get various angles. Having to do retakes came easily for Strickland, who credits his college education, working with the media and playing with his band for his ability to withstand shooting the same scene multiple times.

"It was a very cool experience all the way around," he said.

Strickland said he is happy Valdosta joined the list of other South Georgia cities where movie filming has taken place.

"I was very glad to hear that they were coming to Valdosta and I cannot stress enough the importance of bringing new jobs and other opportunities, such as films, to our community," he said.

He estimated about 100 crew and cast members worked on "Bandit."

He said some of the crew members told him how much they like South Georgia and that a woman in the makeup department told him they were enjoying a downtown restaurant.

"It seems that they were really enjoying it, and hopefully, this opens the doors for others," Strickland said.

Though working on "Bandit" was Strickland's first time in a film, he's hoping it won't be his last.

Nashville, Tenn., residents Rich Mossman and Amanda Raye said they could also get used to the big screen.

The duo traveled to Valdosta from Tennessee to play extras in the movie after Raye's friend, "Bandit" assistant director Tonya Winn, asked them to come, Raye said.

Mossman and Raye played extras in airport scenes and a hospital scene.

Raye is a singer-songwriter and Mossman is her drummer and producer.

Acting in a film set in Canada in December while wearing winter clothing was interesting to do in 95-degree summertime Valdosta, Mossman said.

"It's interesting to see how they can do movie magic to make that all work," he said, "but apart from that, being on set, we found the crew to be incredibly professional."

Both Mossman and Raye worked closely with Duhamel, whose acting process impressed Mossman, he said.

While in Valdosta for the first time, the two decided to visit some of the downtown restaurants. Mossman said he especially enjoyed Gud Coffee.

"That ended up becoming a bit of a refuge while we were there, for sure," he said. "The staff there took excellent care of us."

"Obviously (it's) much smaller than Nashville, but even in that, I like the close community and I really enjoyed walking downtown," she said.

Both Mossman and Raye agree they'd be interested in exploring more film work.