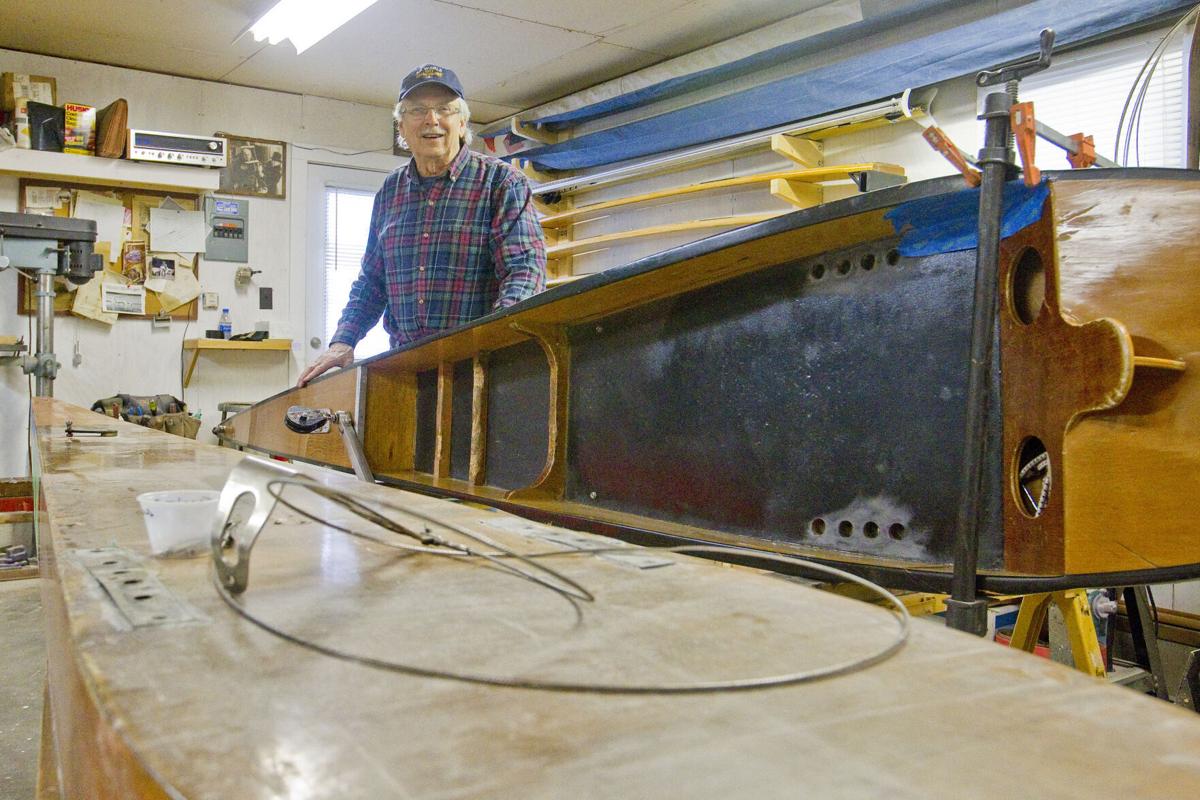 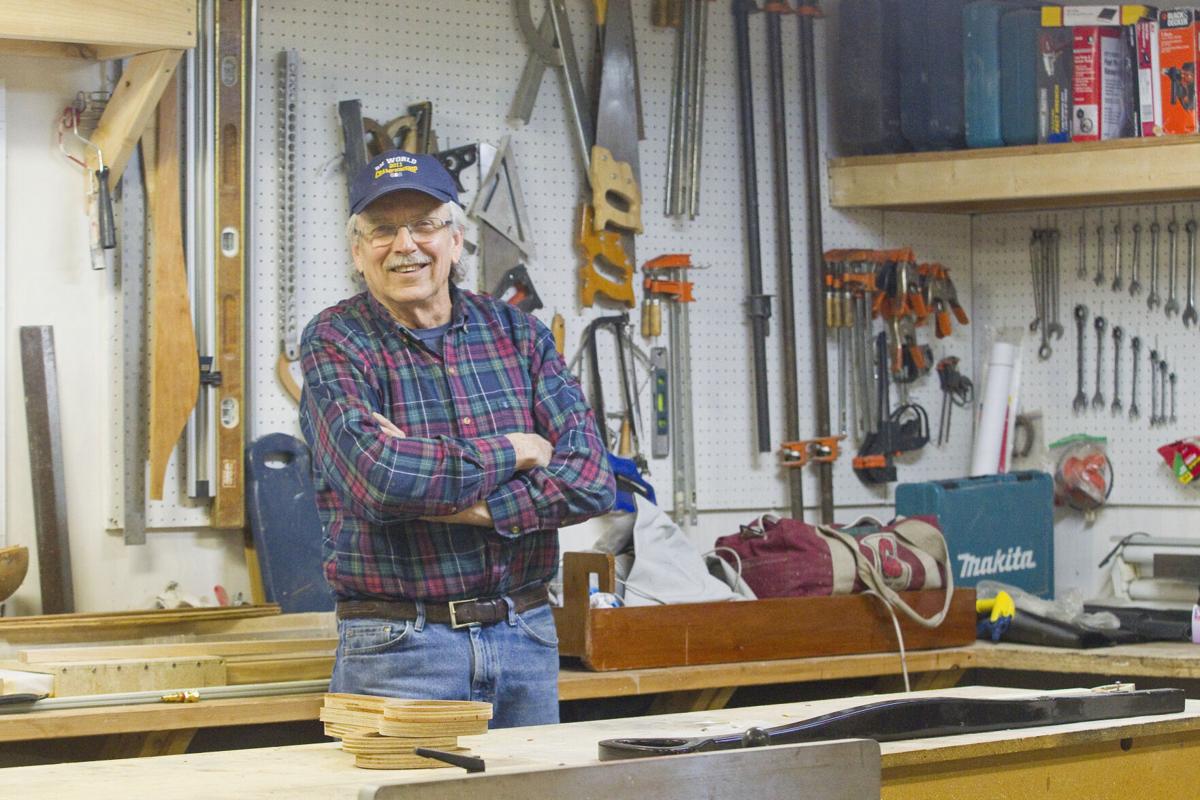 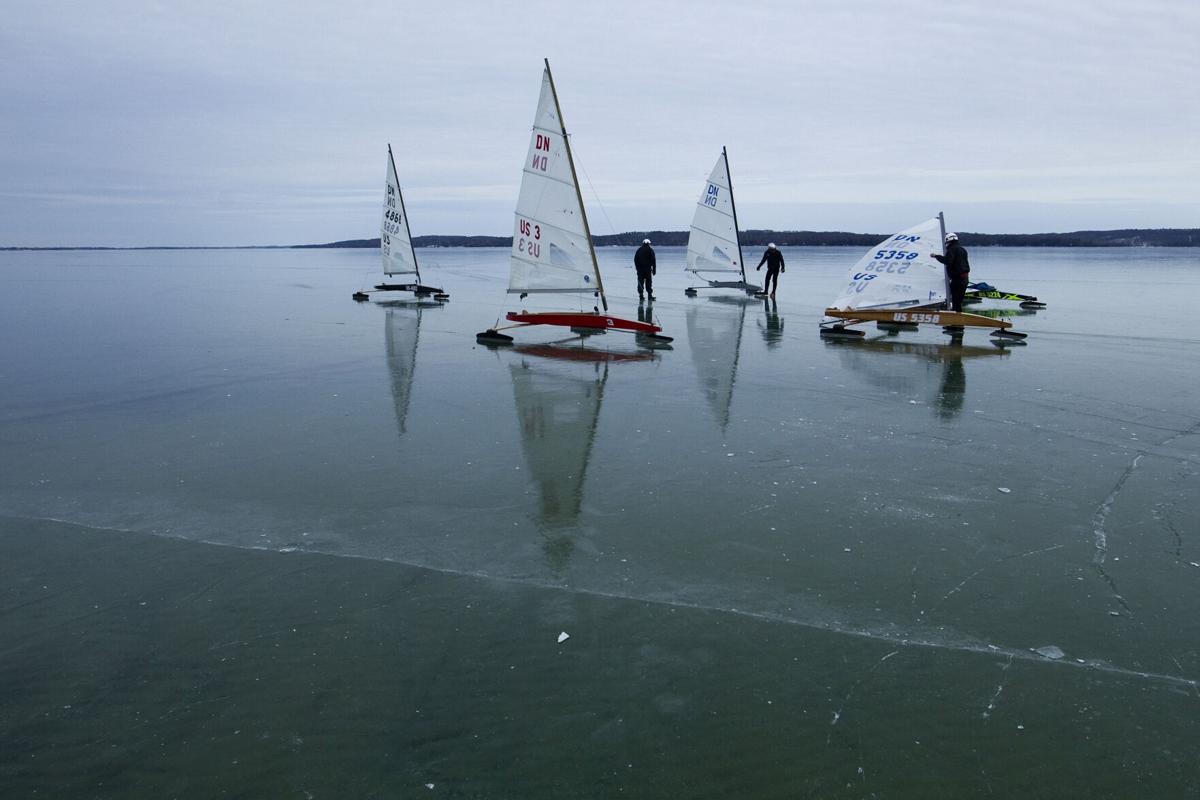 Ice boaters take a break from sailing across the ice on Elk Lake at Whitewater Township Park.

Ice boaters take a break from sailing across the ice on Elk Lake at Whitewater Township Park.

All of that typically means staying indoors in the context of a northern Michigan winter, but not for a select group of the area’s thrill seekers. For them eyes grow wide as the conditions to hit the frozen waters are as perfect as they ever will be.

Meet Traverse City’s ice boating community — primed to shine in the middle January. You can find them flying around glassy inland lakes at highway speeds or building handcrafted boats in their garages on days where the snow is too thick to hit the hard water.

“We’ve had ice that we’ve never seen here before,” said ice boater Doug Wipperman of Traverse City. Longtime boaters have called the lake conditions as of late the best they’ve experienced in their life.

Ice boaters find joy in gliding across the lakes of northern Midwestern states at four times the speeds of the winds outside.

Said a different way: Ice boating is what a movie collaboration would look between “Ice Age” and “Mad Max.”

“You can hope you can turn, you hope a puff of wind doesn’t come and spin you out of control,” Wipperman said. “The shards of ice are coming off the front runner and hit you in the face, it’s pretty exhilarating.”

Dick Wollam, 74, has raced ice boats for the past 30 years. The majority of ice boaters are adults, though some race into their 80s. Wollam said the fastest he’s gotten on one was 68 miles per hour in Green Bay 20 years ago, which is just under the interstate speed limit in most of Michigan. With winds at 20-plus miles per hour, sailing at 70 miles per hour is a possibility.

“People are still doing it in their 80s — not a lot,” Wollam said. “Normally we don’t go that fast. We might get up to 50 once in a while and stuff like that. I mean, we can sail when it’s only blowing 4 or 5 and glass ice and we were having a great time.”

Wipperman said the sheer speeds the boats can achieve while racing is what keeps driving him back to the sport. Seven to 8 miles per hour are dream speeds on a sailboat in the summer. His goal next summer is to break 70 miles per hour on an ice boat.

The most popular ice boat across the world have a Michigan connection.

The class “DN” ice boat picked its name from a contest The Detroit News ran in the the mid-1930s. The competition was to create a one-person boat that can fit on top of a car. Thousands have been made by yachting enthusiasts to date.

In January, Black Lake, near Cheboygan, Michigan hosted roughly 50 racers for the DN Ice Boating national championships. Because of COVID-19 travel restrictions, the regatta replaced what the typical North American championships and World finals racers would travel thousands of miles to attend.

“We were there almost a week sailing,” said Wollom, who participated. “We did 18 races, there were two different fleets, a gold and a silver fleet. It was fun and windy.”

Wollam said the results at Black Lake didn’t count for international rankings because there weren’t any attendees from Europe or Canada. He’s currently ranked 19th in the world, the best in his whole history of sailing.

“Those rankings get you into a gold fleet a lot of times. That way you don’t have to work your way up from silver or bronze,” Wollam said. “It doesn’t make a difference what fleet you’re in, it’s just fun. It’s just once you get into the gold fleet you’re talking about the best in the world.”

Despite a world ranking, Wollam said what draws him to it the most is the thrill of building ice boats from scratch in his Traverse City garage.

“I just enjoy the people, that’s for sure,” Wollam said. “They’re always the greatest people to be around. I mean we’re competitive, but we also we’d like to share information how to go a little faster or maybe understand more tactical types of sailing.”

Many ice boaters congregate and travel to the same lakes for safety concerns.

He said typically the groups will hit the next lake within a day.

“You just kind of follow wherever there’s good ice, that’s where you go,” Wipperman said. “You have a group text and someone says, ‘Hey! there’s ice,’ there you go.”

It’s not always fun and games. Whippeman recalled an episode recently EMS workers had to get involved after several boats went through the waters at northern Michigan's North Lake Leelanau. The boats are still in the water to date.

“The guy who had drilled the ice (to measure its thickness) actually put little pine branches down to mark kind of a boundary ‘don’t go beyond this,’” Wipperman said. “People went beyond that and went through the ice.”

Wollam said some might not even know ice boating exists.

“It’s a sport that you know I probably know 100 people because I’ve done it so long,” he said. “I know all these people from all over the world.”