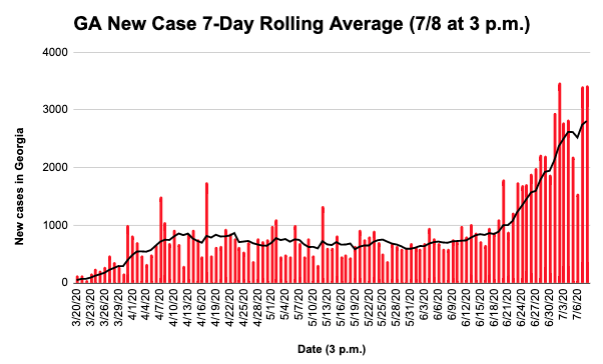 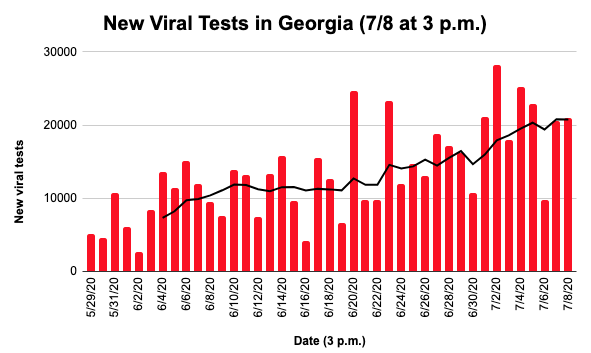 ATLANTA — A day after Georgia surpassed 100,000 COVID-19 cases, the state experienced the second-largest hike in new cases on its second consecutive day.

Steep increases in cases have continued across the state in the past week or so. The state continued to top its record for the most confirmed cases reported in 24 hours last week. On July 2, Georgia added 3,400 new cases — the current record high. Tuesday and Wednesday are the third and second highest jumps, respectively.

As of Wednesday, 12,500 Georgians have been hospitalized since the beginning of the pandemic and 2,502 admitted to intensive care units.

The state broke 1 million tests Wednesday. More than one million viral tests have been conducted in the state — 1,000,409 — with the state reporting a 9.5% positive rate.

About 171,000 Georgians have had antibody tests conducted — that show past signs of infection — from which the state is reporting a 5.3% positive rate.

The pandemic has ravaged assisted-living facilities in Georgia and nationwide. As of Monday, 515 of the state’s nursing home facilities have reported cases — 7,571 residents have tested positive and more than 1,300 have died.