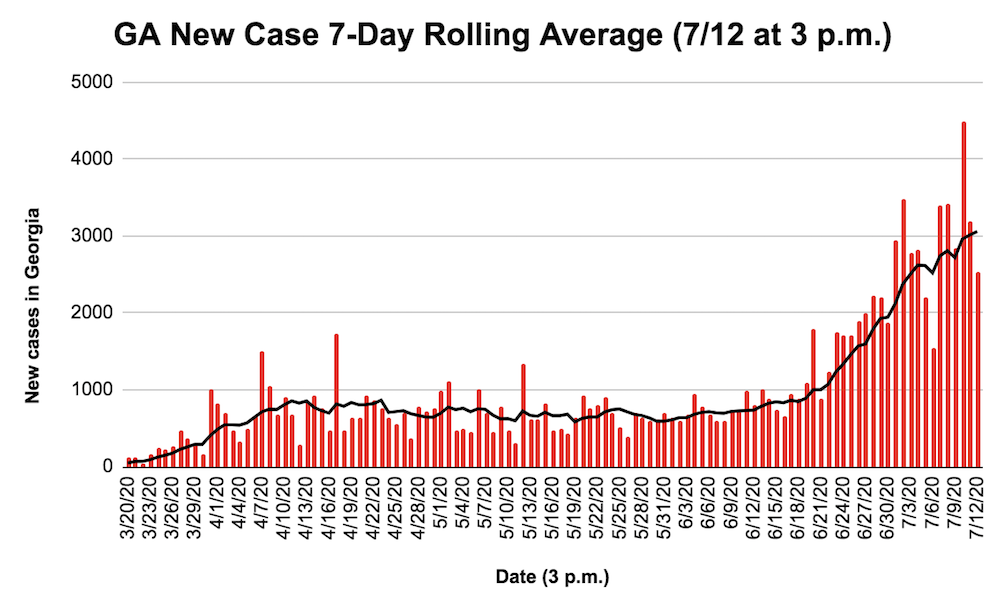 The Peach State has had 120,569 confirmed coronavirus cases.

Last Tuesday — just more than four months since the first confirmed cases in Georgia, the state reached a grim milestone of more than 100,000 reported cases.

The number comes after steep increases in cases reported daily across the state in the past week or so.

As of Monday, 13,476 Georgians have been hospitalized since the beginning of the pandemic and 2,643 admitted to intensive care units.

According to the Georgia Emergency Management Agency, 2,600 people are currently hospitalized.

The state has conducted more than one million viral tests and is reporting a 9.9% positive rate.

More than 185,000 Georgians have had antibody tests conducted — that show past signs of infection — with the state reporting a 5.1% positive rate.