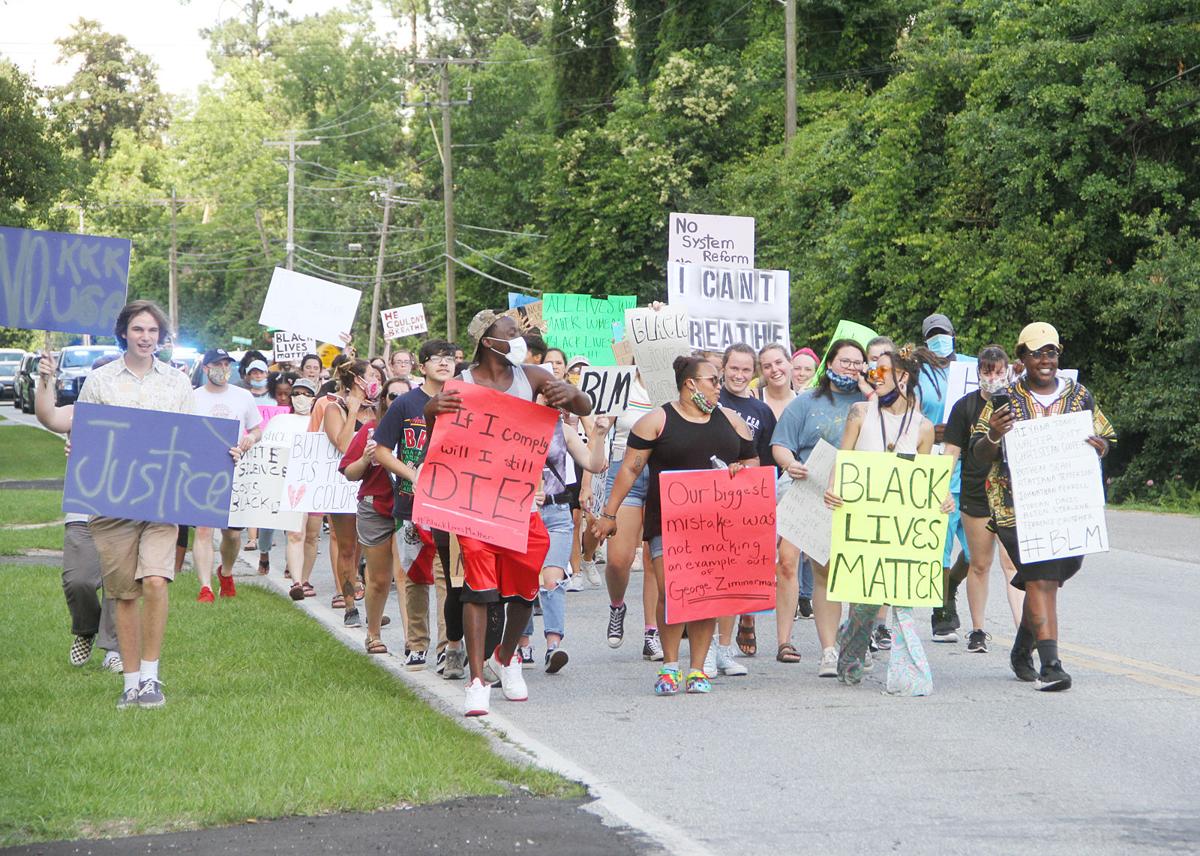 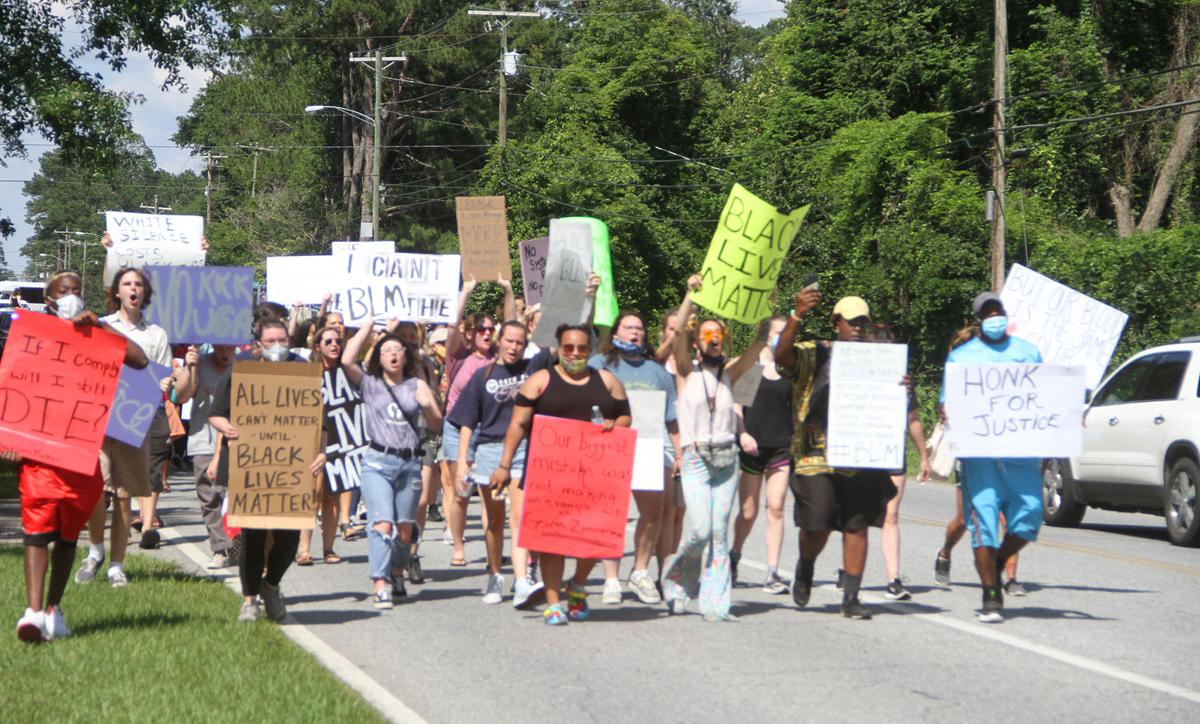 Marchers went from the farmers market to Remington Park and back. 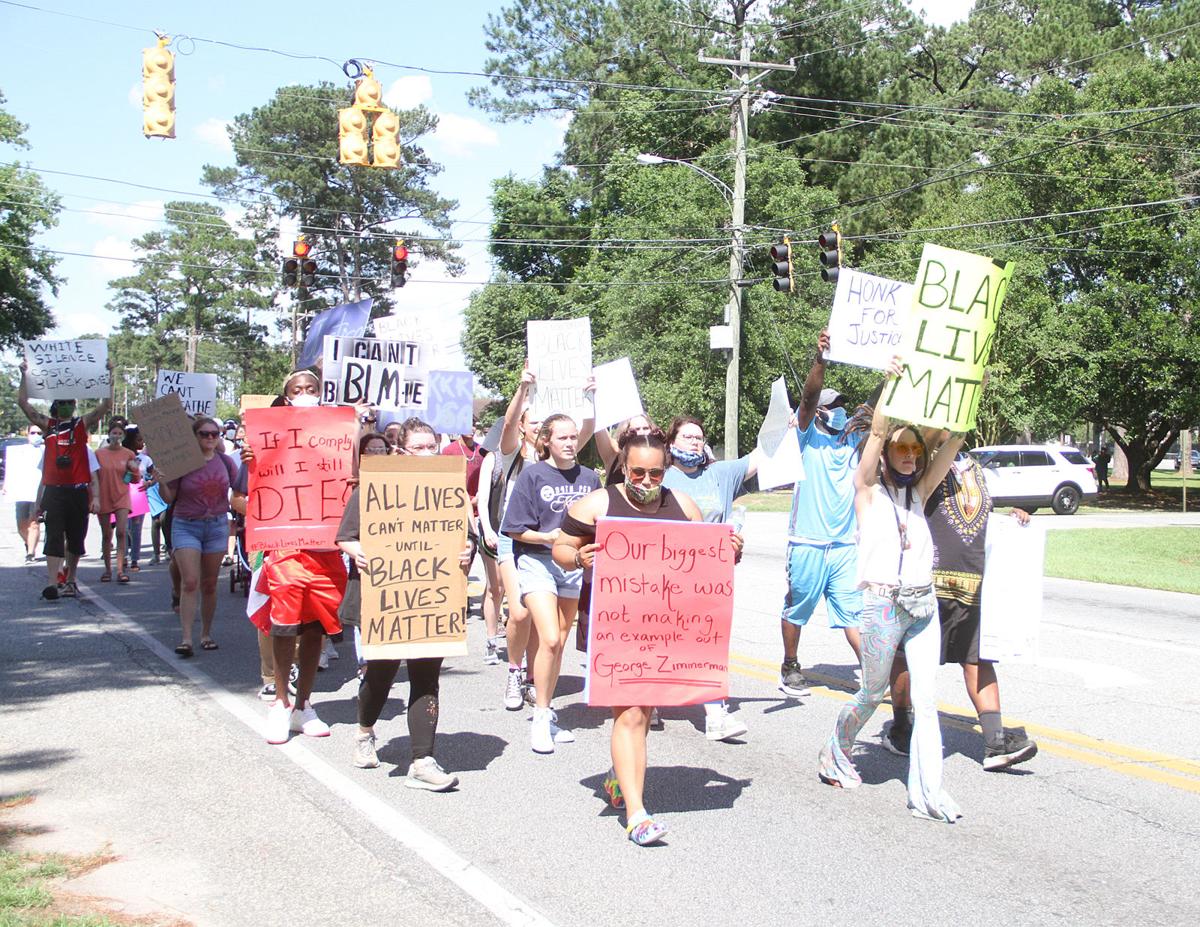 Marchers went from the farmers market to Remington Park and back.

THOMASVILLE — Nearly 100 marchers took part in a protest Sunday afternoon, calling for racial equality and an end to injustice.

Chanting “no peace, no justice, “black lives matter,” “I can’t breathe” and “say his name, George Floyd,” the protesters took to Thomasville’s streets in the aftermath of George Floyd’s death. Floyd, a Minneapolis, Minnesota, man died in police custody after a police officer knelt on his neck. The officer, Derrick Chauvin, since has been charged with murder and manslaughter.

“Hopefully, there will be change in the future,” said Taylor Sherrod.

The marchers, many of them white, went from the Thomasville Farmer’s Market to Remington Park, stopping to cool off on a late May day as temperatures pushed above 90 degrees.

“This is what it’s all about, everybody coming together,” Sherrod said.

On their way to and from the park, they were greeted by honks of support from many of the cars who passed by them.

“We appreciate everyone who came out in support,” said Nikki Young. "All the people driving by are honking and showing good spirits and good vibes.”

Sherrod started the protest Thursday afternoon when she went to a store and bought a poster and markers.

“I went straight downtown and held my sign,” she said.

Lexi Kilgore’s sign had the names of people who died in police custody. She said her hope is that no more names are added to the list in the future.

“There are too many names as is. Way too many,” she said. “We hope we can minimize the names on the list.”

Thomasville police met with protest organizers to make sure the event would be safe for all involved. Officers provided a secure route for the protestors.

The original route called for marchers to go from the farmer's market to Remington Avenue and then to Highway 19. The crowd was made up of local residents and out-of-towners, TPD Chief Troy Rich said.

“You can’t get anything done with violence,” she said.