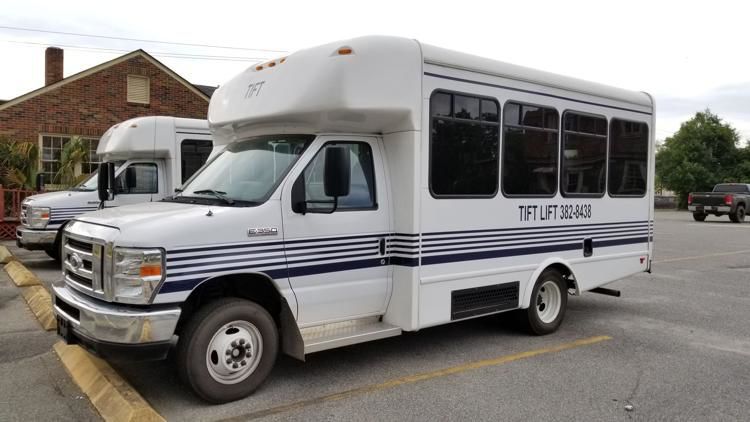 Tift Lift is Tift County’s only “public transportation” service. The service is available to any citizen of Tift County and is funded through a grant from the Georgia Department of Transportation, passenger fares and the county. 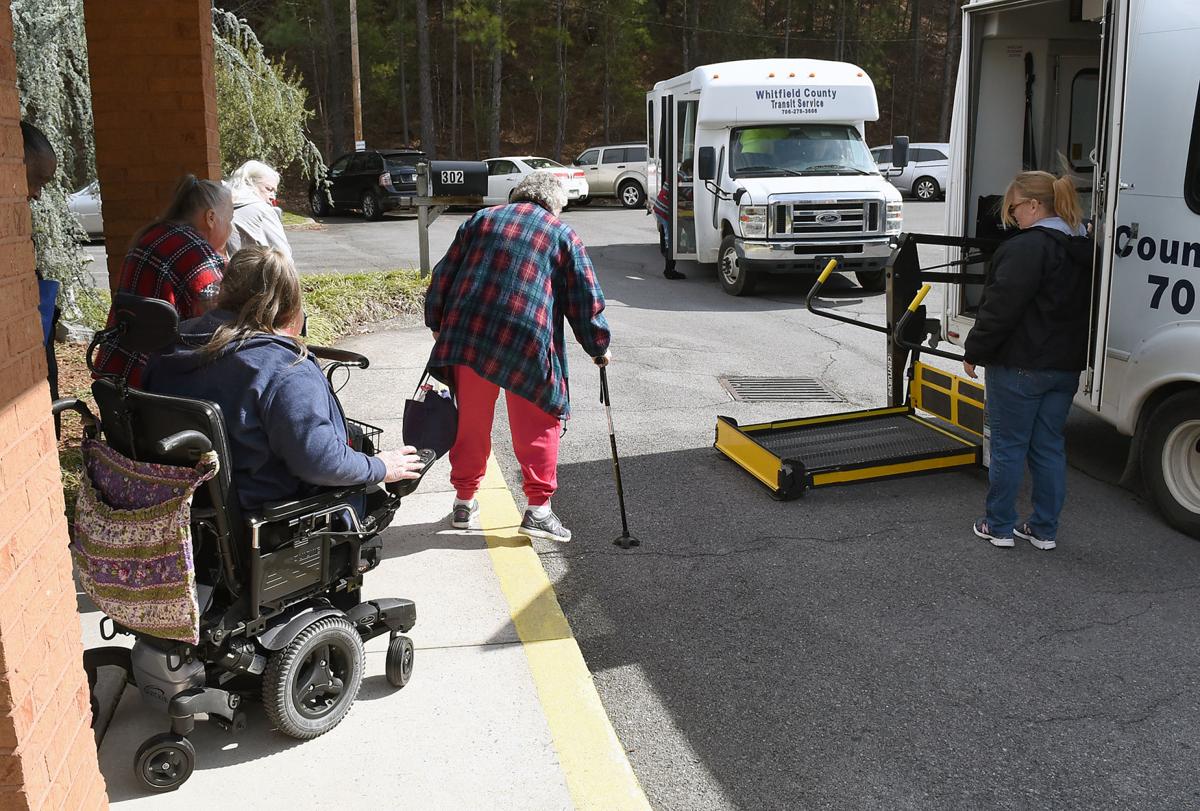 Seniors board the buses on Tuesday at the Dalton Whitfield Senior Center Center.

Tift Lift is Tift County’s only “public transportation” service. The service is available to any citizen of Tift County and is funded through a grant from the Georgia Department of Transportation, passenger fares and the county.

Seniors board the buses on Tuesday at the Dalton Whitfield Senior Center Center.

ATLANTA — In rural areas without public transportation, residents without cars have to get creative — but with long distances to cross and ride-share deserts — seniors, workers and students are left with few options to get to the grocery store, work and school.

For rural Georgia residents who don’t have personal vehicles, access to health care, education and even voting dwindles.

Lawmakers and advocates have said time and time again a lack of transportation in rural areas affects medical service access and contributes to issues such as the state’s high maternal mortality rate.

Health disparities because of a lack of access transcends across many different health issues — impacting individuals with chronic illnesses who need service on a regular basis. Rural doctors testify that patients are often traveling hours to and from care.

Some medical centers provide their own transit, such as Archbold Health Services in Thomasville. Archtrans is a non-medical transport service that’s primary function is to transport discharged patients home or to other facilities.

Senior centers and other senior care providers use their own means of transportation to get elderly residents to medical care they need and day-to-day activities.

The Leroy Rogers Senior Center has a shuttle that has been running since 2018, to enable seniors to do activities from personal shopping at Walmart and Dollar Trees to picking up prescriptions at local pharmacies. Fran Kinchen, director of the senior center, said seniors are encouraged to use the shuttles for personal trips — treating themselves to a day at the salon, visiting a grandchild's school or attending church.

The City of Valdosta has no means of public transportation for its residents.

J.D. Rice, a former fire chief and 2019 Valdosta mayoral candidate, ran on a platform of bringing public transportation to the city.

“Every metropolitan city in Georgia is providing some form of public transportation except Valdosta,” he said. “I’ve seen people now, all the time, walking, because they probably can’t get a ride with anybody and they don’t have funds for private transportation through a taxi or Uber or Lyft.”

“The public needs it. The public wants public transportation. The business community definitely wants it,” he said.

But Bill Slaughter, chairman of the Lowndes County Board of Commissioners, said a county-wide, county-operated transportation system isn’t feasible and doesn’t make sense because of the large size of Lowndes County.

Lowndes and other counties take advantage of a federal program — administered by the Georgia Department of Transportation — that provides matching funds for a rural transit service.

The 5311 program funds go toward scheduled ride services where residents call ahead of time to schedule transportation. Changes with the program have disallowed urban-to-urban trips; however, Lowndes County has subsidized a transportation provider for the last three years to continue these routes.

"Farebox is the money taken in by riders who purchase tickets with their own money. A one-way ride is $4, or riders can purchase a book of 10 tickets for $30 for a discounted rate of $3 per ride," Benson said.

Third-party agencies can also arrange transportation for residents covered by Medicaid or other government assistance programs. The agencies pay Whitfield Transit for each ride for a client, and they in turn get reimbursed by Medicaid or the other programs.

A bill to address rural transit needs in Georgia that died last session may have another shot for approval this year.

Last year, a rural transit bill passed through the House and died in the Senate on the last day of the 2019 legislative session. Revived earlier this month, House Bill 511 would allow counties across the state to raise sales taxes for transit expansion.

Rep. Kevin Tanner, R-Dawsonville, unveiled the revised version of the bill in front of the Senate Transportation Committee earlier this month.

The bill would create a new transit division within the Georgia Department of Transportation that would oversee rural transit programs and have jurisdiction on all transit services outside of metro Atlanta.

Tanner said during the off season, he worked with the state Department of Transportation and governor’s office to address concerns about creating the new agency as well as regional mobility councils.

“We went from having GDOT very concerned to having GDOT supportive of what we’re trying to do,” Tanner told the committee.

The bill would also institute a 50-cent tax on ride-share companies such as Uber and Lyft per ride and 25 cents for shared rides.

The tax would go into effect April 1 in hand with tax collection from the marketplace facilitator bill passed this session.

“One of the things we heard over and over as we went around the state was transit, mobility, transportation needs and barriers are different in every part of the state specifically rural Georgia,” Tanner said.

The regional mobility councils would address transit needs on a more local level.

VALDOSTA [mdash] Callie Inell Browning Daniels, 93, of Valdosta, died on Tuesday, June 2, 2020, at her residence following a period of declining health. She was born on April 13, 1927 in Nashville, Georgia to the late Martin Chester Browning and Rosa Sutton Browning. She was dedicated to her…

MOULTRIE [mdash]Cythia Feijoo 61 of Moultrie transitioned from this life on Monday, June 1, 2020. Services are incomplete at the this time and will be announced at a later date. Arrangements have been entrusted to Southview Mortuary, Inc.