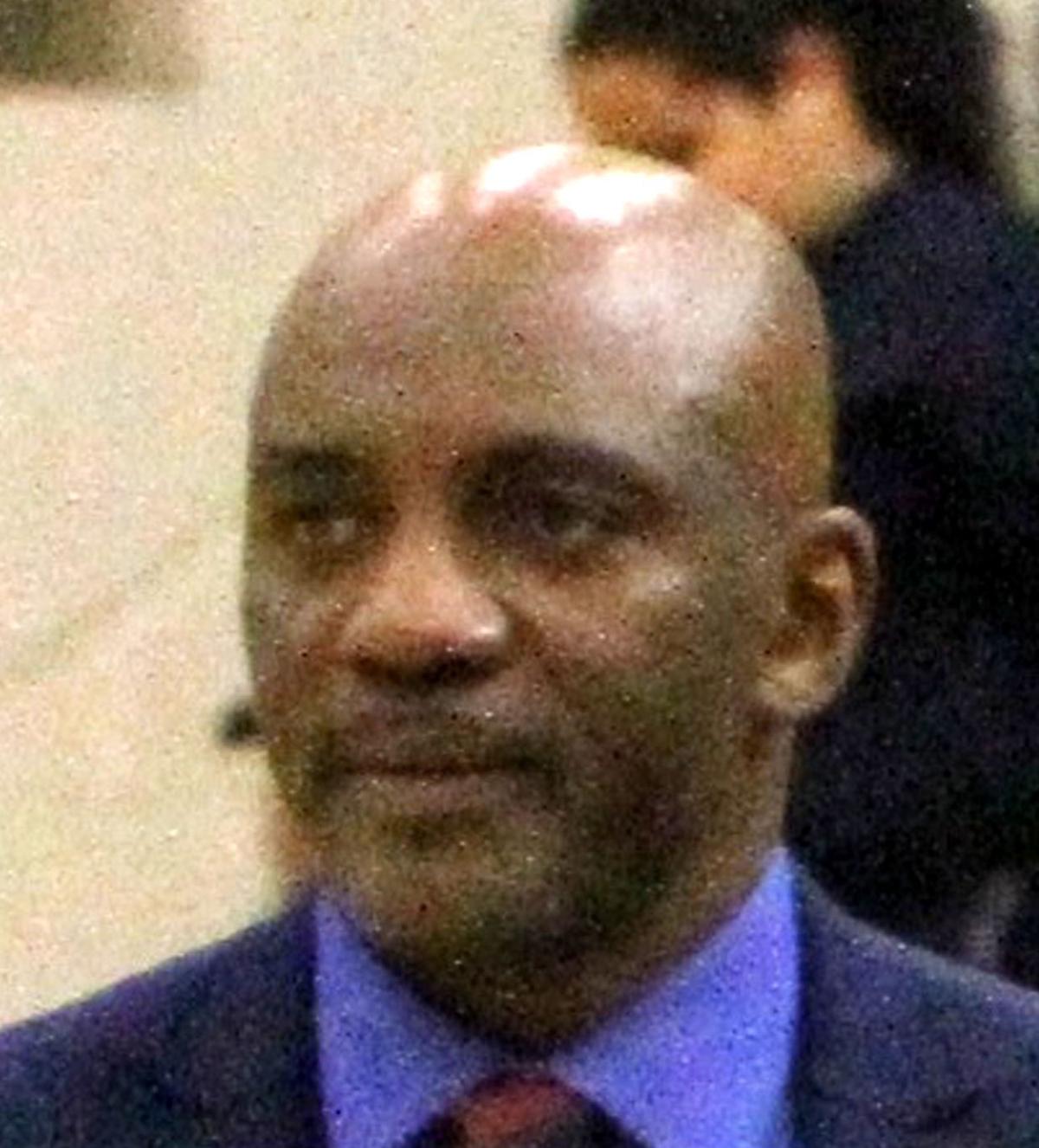 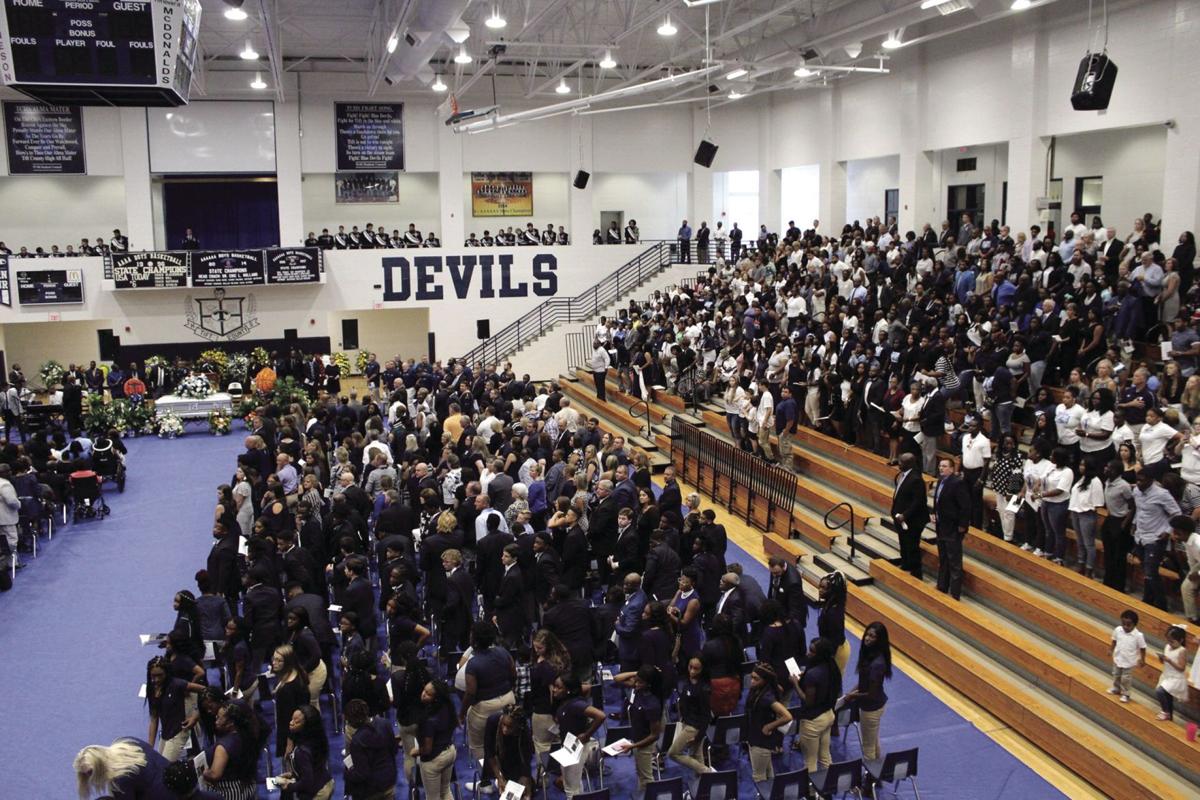 A huge crowd of people packed the gymnasium to celebrate the life of Coach Anthony Bateman. 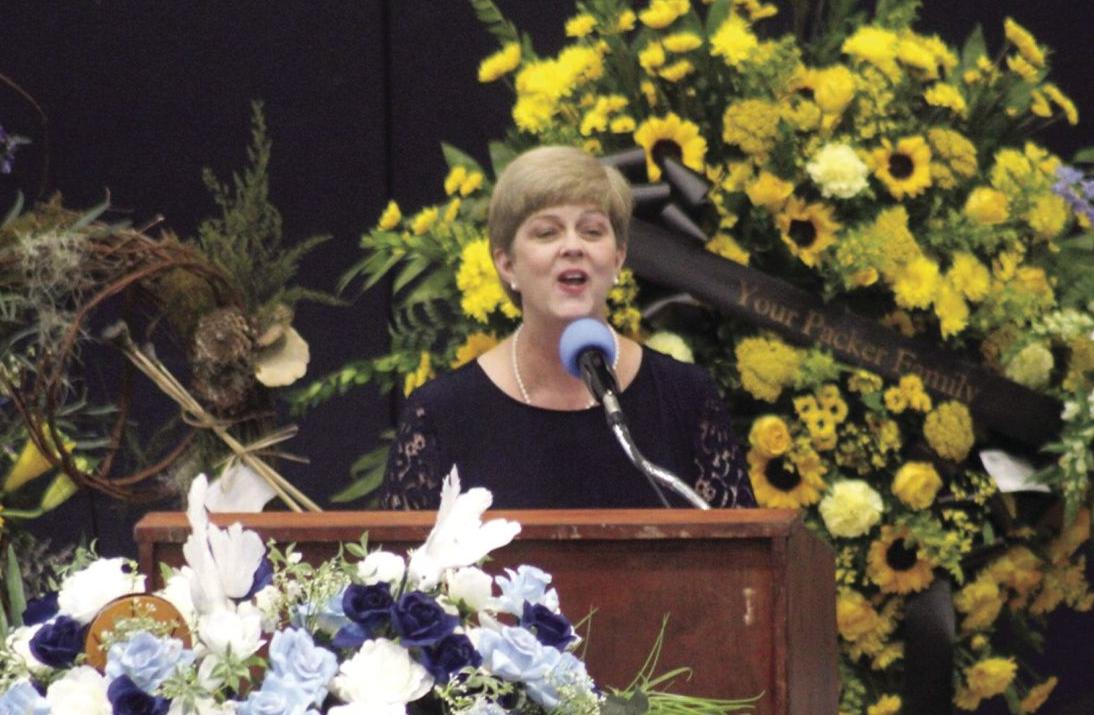 Tift County High School principal Kim Seigler spoke about the impact Bateman had on students at the school. 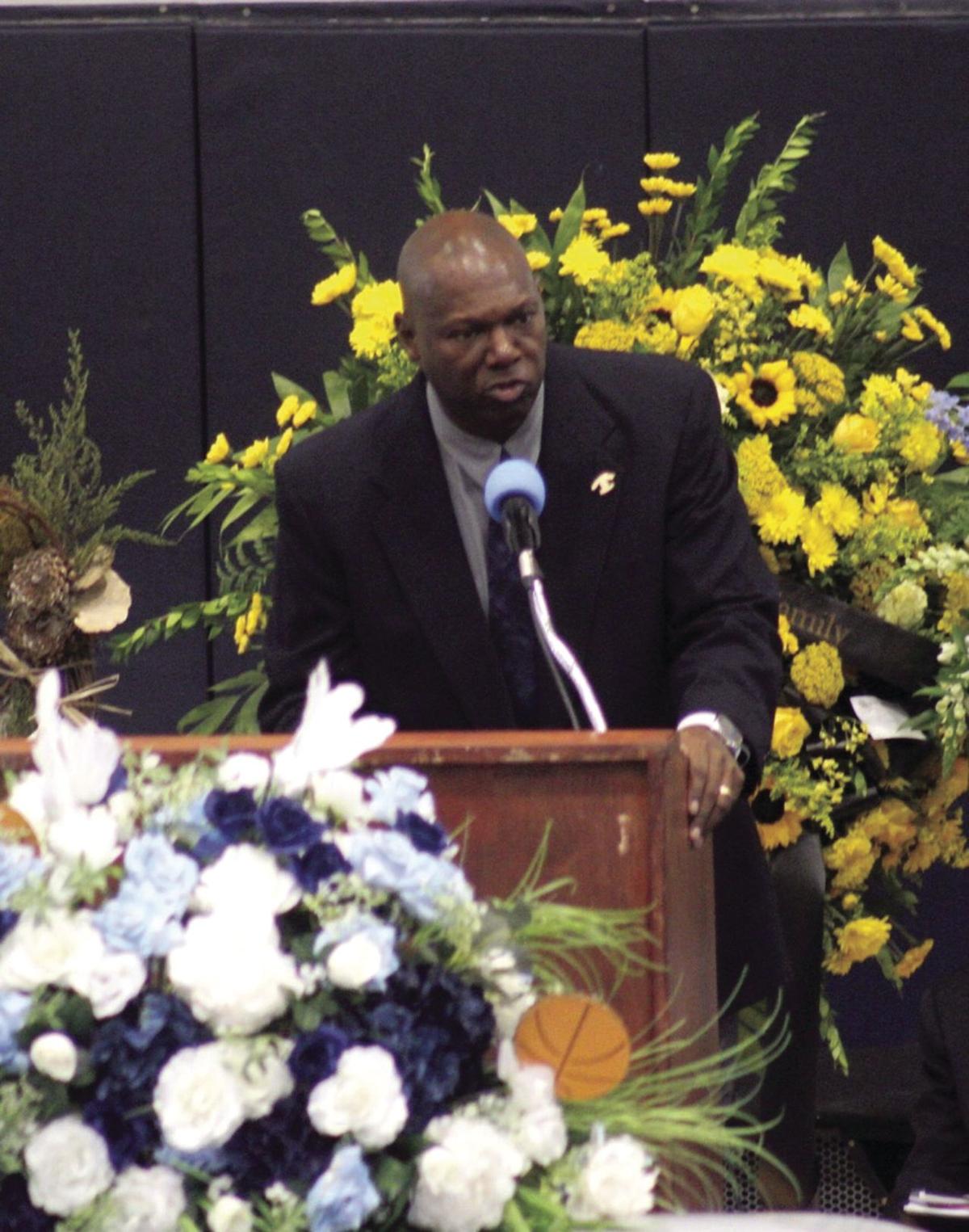 Coach Tommy Blackshear spoke at the memorial for Bateman of how the two of them shared a friendship for 35 years.

A huge crowd of people packed the gymnasium to celebrate the life of Coach Anthony Bateman.

Tift County High School principal Kim Seigler spoke about the impact Bateman had on students at the school.

Coach Tommy Blackshear spoke at the memorial for Bateman of how the two of them shared a friendship for 35 years.

TIFTON — A huge crowd of people packed the gym at Tift County High School (TCHS) Saturday Aug. 10, to mourn the loss of a beloved coach and educator, Anthony Bateman.

The gym was filled with TCHS faculty, students, graduates and members of the community who knew Bateman. The gospel music coming from the Friendly Missionary Baptist Church (FMBC) could be heard from the parking lot of the high school as people walked in to find a seat.

Bateman served as assistant coach for the football, track and basketball teams. He earned three state championship rings as assistant basketball coach in 1996, 2014 and 2017.

He worked with the Tift County School System since 1991 and at one point he went 10 years without taking a sick day or vacation. Beyond coaching, Bateman was remembered as a devoted family man.

Reverend Keith Muldrow from FMBC started the memorial off Saturday with a prayer of comfort to begin the order of service. Scripture from the Old and New Testament were read by Reverend Frankie Mathis and Bishop Benjamin Stevenson.

After Scripture was read, Patrick Bateman stood to speak about his beloved brother. According to Patrick, as brothers they had similar personalities growing up.

The next person to speak about the life of Bateman was Kim Seigler, the principal at TCHS.

“It’s hard to capture with pure words what Anthony Bateman was to Tift County High School,” said Seigler. “The plaque on his door said administrative assistant but we all know that he was so much more to our TCHS family.”

According to Seigler, Bateman loved TCHS and he believed his calling was to serve students.

“For 28 years he spent his days, nights, weekends and holidays teaching and coaching our students,” said Seigler.

Bateman kept certain items that he thought students would need, such as: belts, snacks and school supplies. Seigler remembered a time when Bateman took off his coat and gave it to a homeless student who lost theirs.

Even though Bateman did not have any biological children, he treated his students as his own children, said Seigler, and not just the students on his teams but every student that went to school at TCHS.

“He fed them [students], he bought them clothes and supplies, and he gave many of them exactly what they needed, his attention and his love.” said Seigler.

After Seigler finished speaking, friends of Bateman’s spoke. Tommy Blackshear was best friends with Bateman for 35 years and he told the crowd hilarious stories including Bateman’s extreme fear of cats.

“You have people that live to be 100 years old that can’t say they had a friend for 35 years,” said Blackshear.

Blackshear took the news about Bateman very hard after his long friendship. He made sure that this memorial was joyful and funny when he spoke to the audience. He pointed out the diversity in the audience that was touched by Bateman.

At the end of the funeral, Eric Wisham, Keith Newell, Casey Williamson, and Jamie Walker served 200 Boston butts they smoked Friday before the memorial to feed the hundreds of people who came out to celebrate Bateman’s life.

VALDOSTA [mdash] Callie Inell Browning Daniels, 93, of Valdosta, died on Tuesday, June 2, 2020, at her residence following a period of declining health. She was born on April 13, 1927 in Nashville, Georgia to the late Martin Chester Browning and Rosa Sutton Browning. She was dedicated to her…

MOULTRIE [mdash]Cythia Feijoo 61 of Moultrie transitioned from this life on Monday, June 1, 2020. Services are incomplete at the this time and will be announced at a later date. Arrangements have been entrusted to Southview Mortuary, Inc.