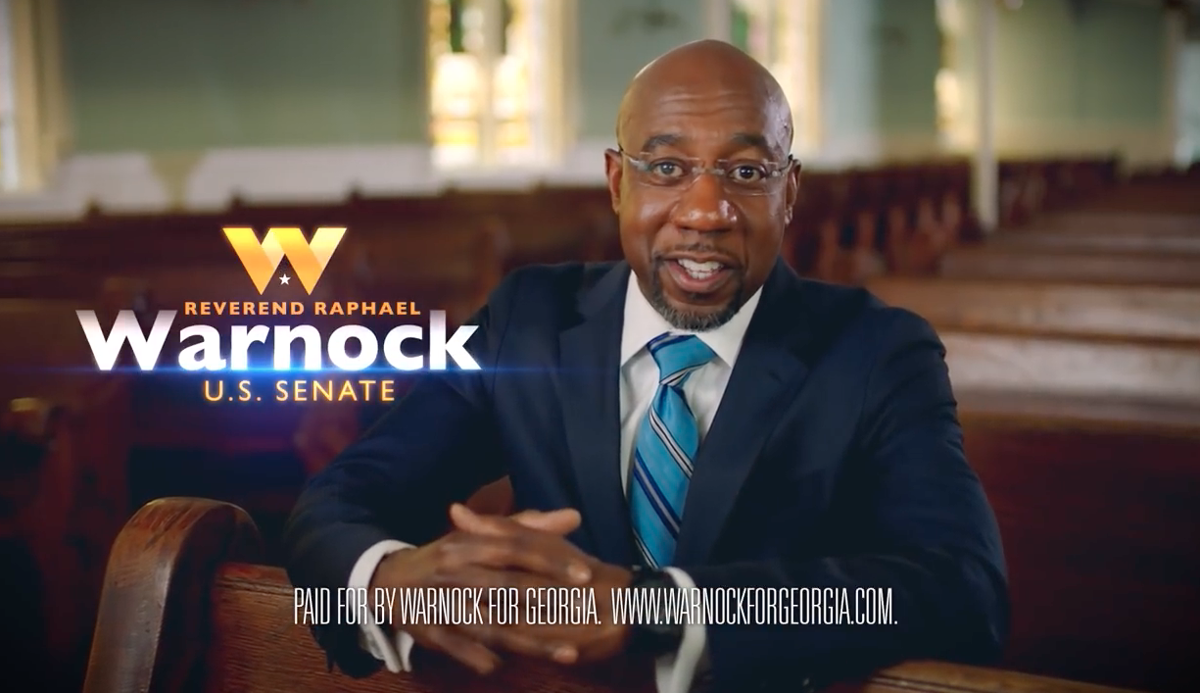 Raphael Warnock, senior pastor at the Ebenezer Baptist Church in Atlanta announces his run for U.S. Senate on Jan. 30.

Raphael Warnock, senior pastor at the Ebenezer Baptist Church in Atlanta announces his run for U.S. Senate on Jan. 30.

ATLANTA — A famed Atlanta pastor is considered a Democratic frontrunner for a Georgia seat in the U.S. Senate.

The Rev. Raphael Warnock is a 14-year senior pastor of the historic Ebenezer Baptist Church. He entered the race earlier this year.

In a candidate interview with CNHI, he said he has always believed his service “doesn’t end at the church door.”

“It is a bit unusual for a pastor to seek high political office,” he said. “But it's not unheard of.”

Warnock is one of the Democrats challenging freshman U.S. Sen. Kelly Loeffler for her Senate seat in a special election in November. Warnock out-raised both his top GOP opponents — Loeffler and U.S. Rep. Doug Collins — in both the first and second quarters.

Since entering the contest, the pastor has clinched high-profile Democrat endorsements such as 2018 gubernatorial candidate Stacey Abrams and five senators who ran in the 2020 Democratic presidential primary including Elizabeth Warren and Kamala Harris.

Warnock said his childhood growing up in subsidized housing in Savannah shaped his political agenda — expanded health care coverage and voting rights are among his top issues.

"Washington has a lot of professional politicians who do what politicians do,” he said. “They're so focused on the next election that they're not thinking enough about the next generation."

Warnock pointed to his long-time advocacy for health care. In 2014, he was arrested during a demonstration calling for Medicaid expansion at the Georgia State Capitol, as a moment of “good trouble” — a coin termed by the late Lewis.

"I've always been engaged, for years, in this fight for health care that is affordable, accessible and of great quality,” he told CNHI. “That we don't allow politicians who are in the pockets of big business to steal the promise of decent and affordable health care to ordinary people."

Warnock has entered arguably one of the most competitive races in the country and coupled with the other Georgia Senate seat up for grabs, Democrats are pouring themselves into flipping the state in both the Georgia Capitol and U.S. Capitol.

At the same time, Warnock said, protesters across the country are calling for the status quo to change.

"It won’t change unless we elect leaders who are focused on fighting for Georgians, not fighting for their corporate interests or their political party,” Warnock said. "And I believe change is possible. Anytime you have NASCAR saying ‘we don’t want the Confederate flag’ and you have Mitt Romney saying, ‘Black Lives Matter,’ things are changing.”

The pastor said the pandemic has highlighted the need for congressional members who are more representative of the people and not "moving from boardrooms to Washington back rooms."

Both Georgia Senators came under fire for alleged insider trading of stocks after a closed-door coronavirus brief. Loeffler, his primary opponent, was cleared by an ethics panel after they found no wrongdoing.

"What (Georgians) deserve is a senator who is focused on people right now and who was sheltering-in-place rather than focused on sheltering their own investment portfolio," he said. "That's the kind of thing that's ... turning people off from politics and, in the long run, it hurts our democracy."

Loeffler works to reintroduce herself to Georgia

EDITOR'S NOTE: The Valdosta Daily Times is presenting a series of articles on candidates running for Georgia's Senate seat. This is the first in the series.