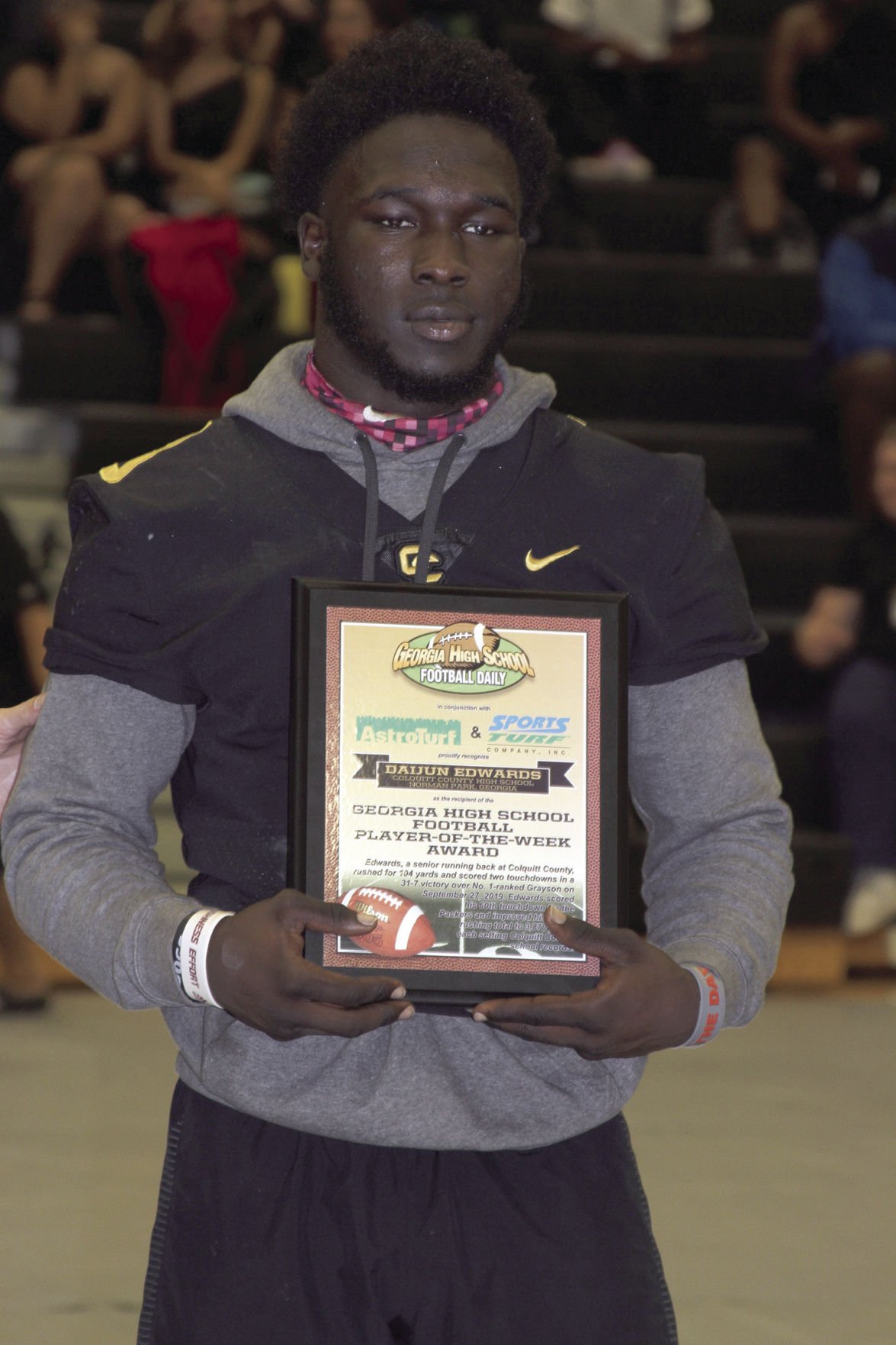 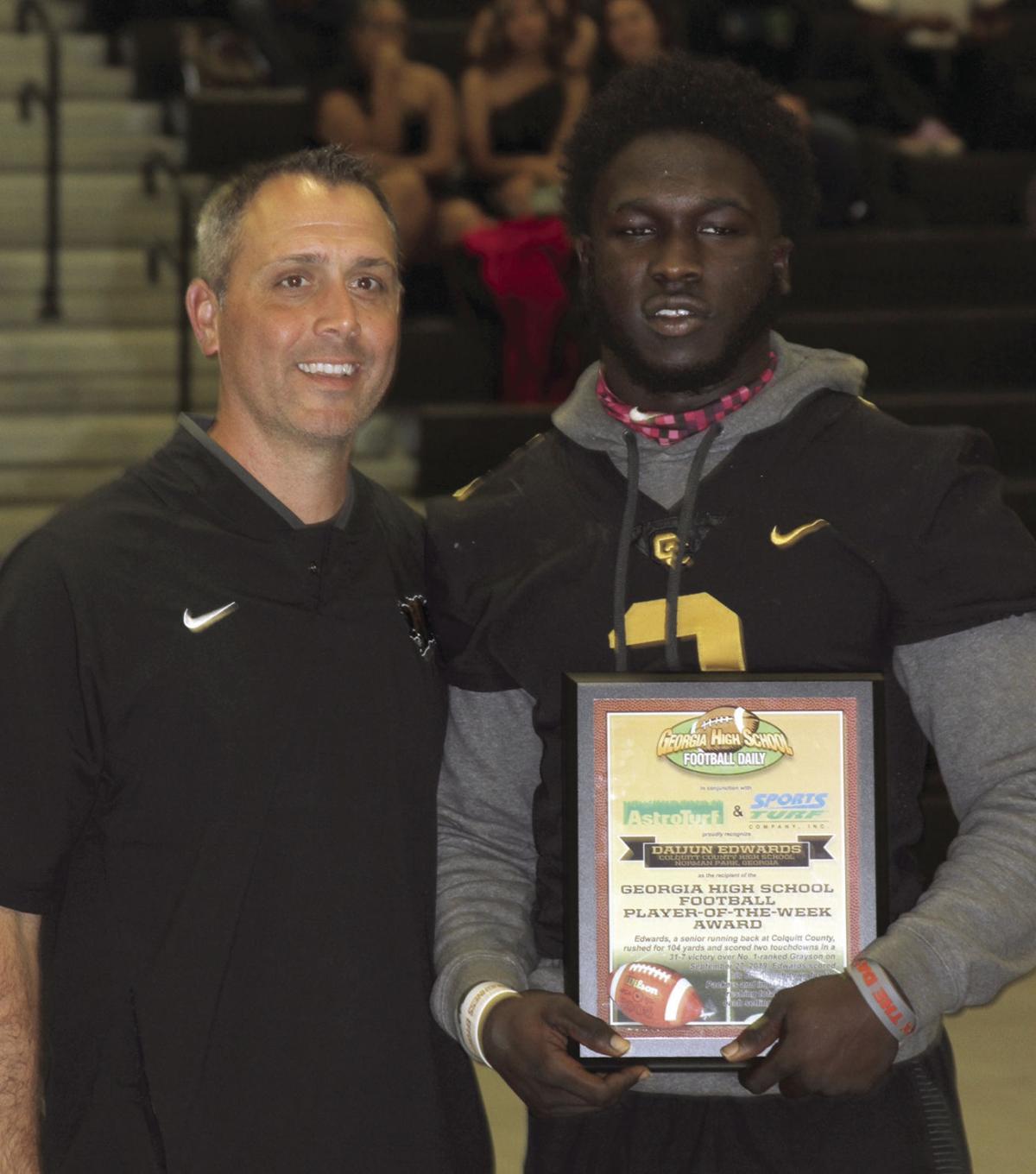 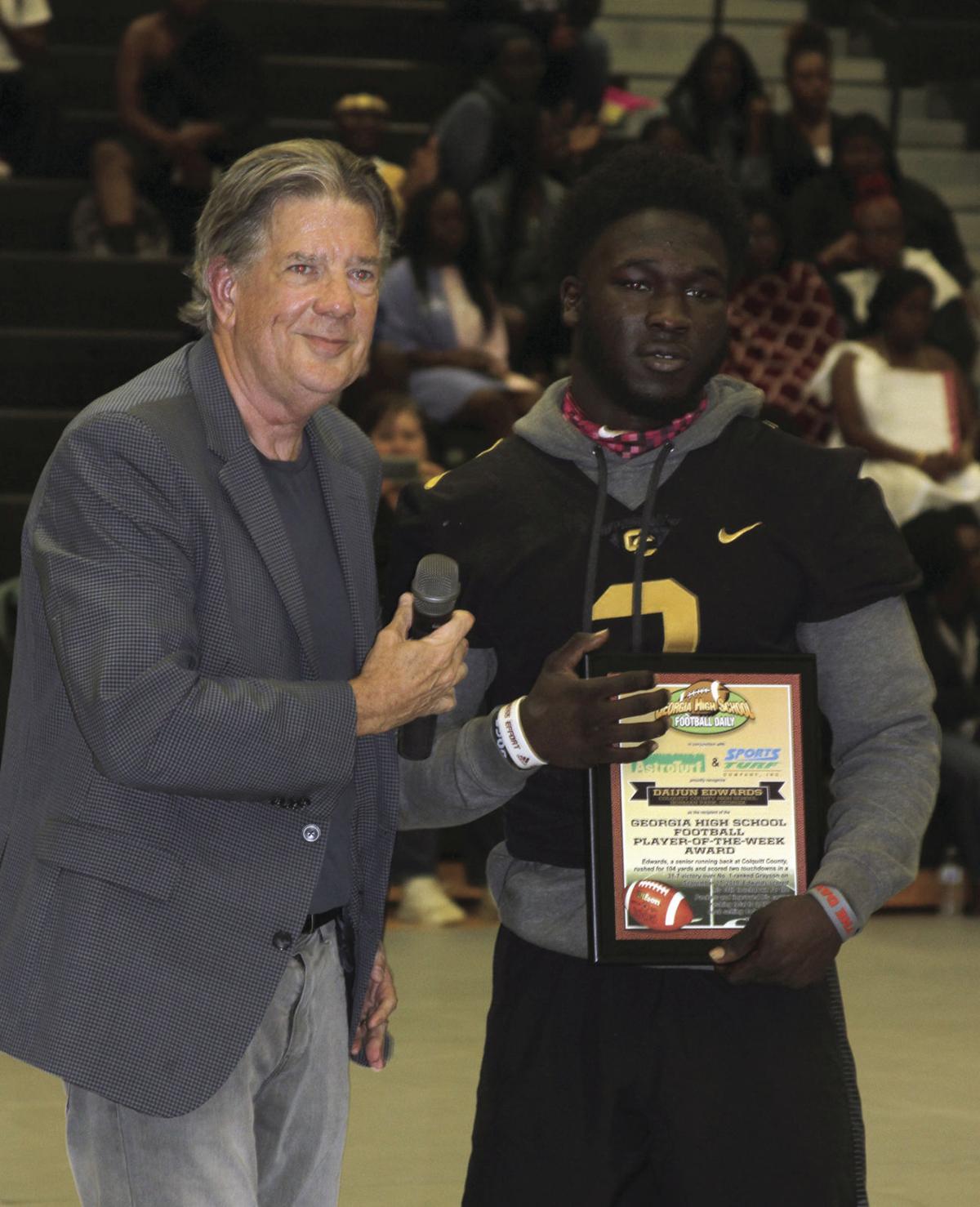 Edwards broke the Packer career records for both rushing yards and total touchdowns in last weekend's 31-7 win over the then No. 1 Rams on Tom White Field at Mack Tharpe Stadium.

Presenting the award was Ted Langford, marketing director for GHSF Daily. He said this is a state-wide award that not only takes in the statistics of a game, but a player's character and work in the classroom.

The Player of the Week award is sponsored by SportsTurf Company, Inc. and AstroTurf. They were represented respectively by Scott Powers and Speizio Stowers.