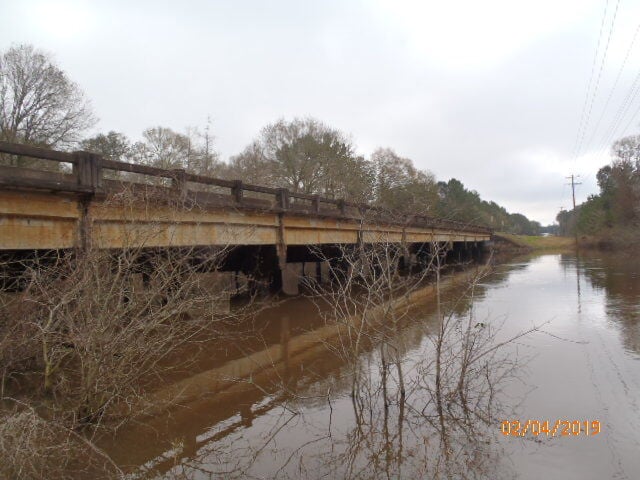 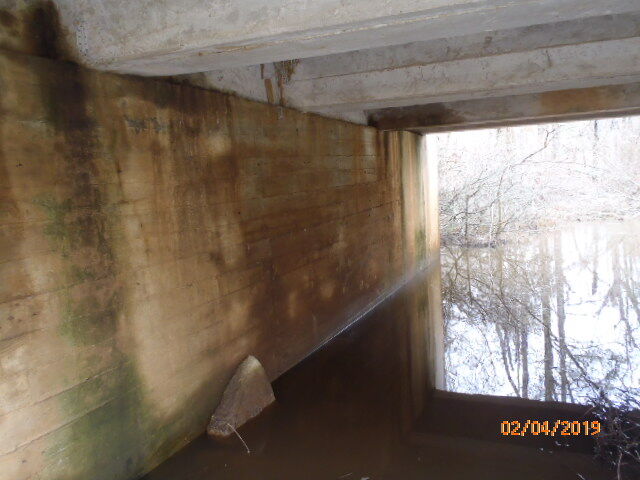 The underside of the Warrior Creek Bridge. 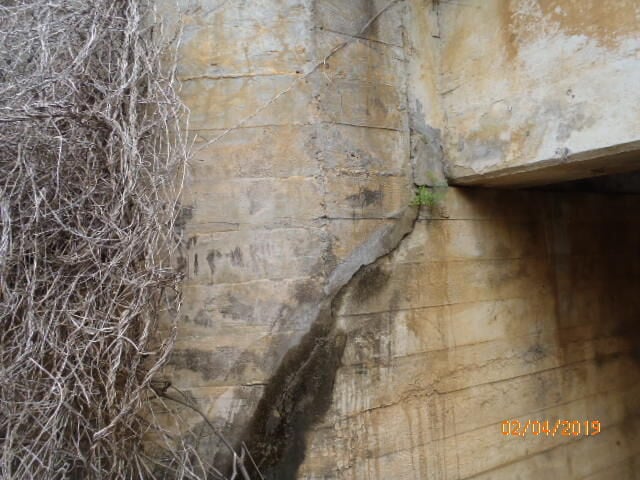 This Georgia Department of Transportation photo shows a crack in the Warrior Creek Bridge substructure. 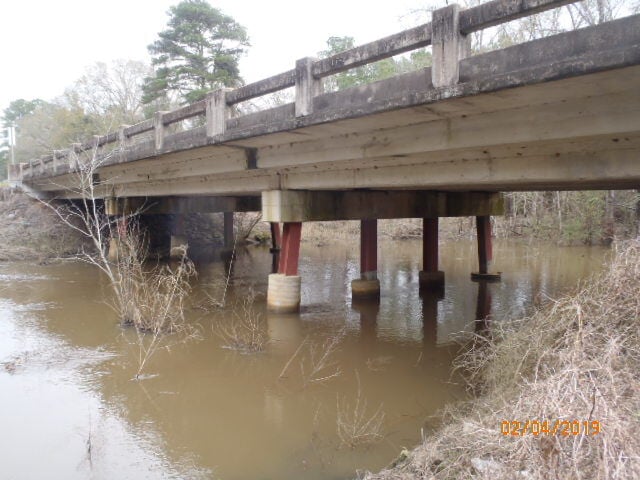 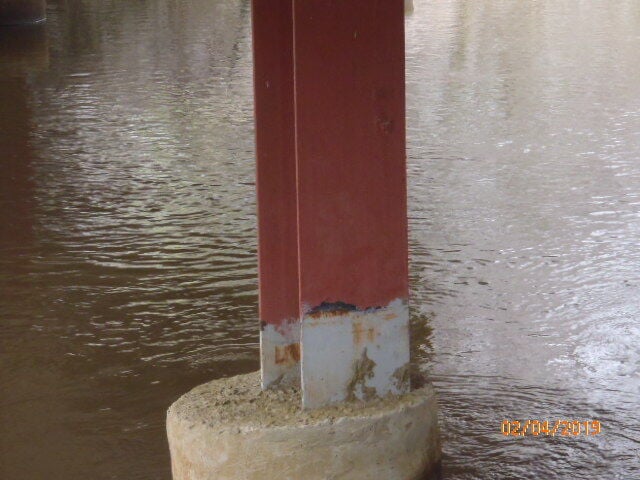 Protective paint has eroded beneath the Warrior Creek Overflow Bridge. 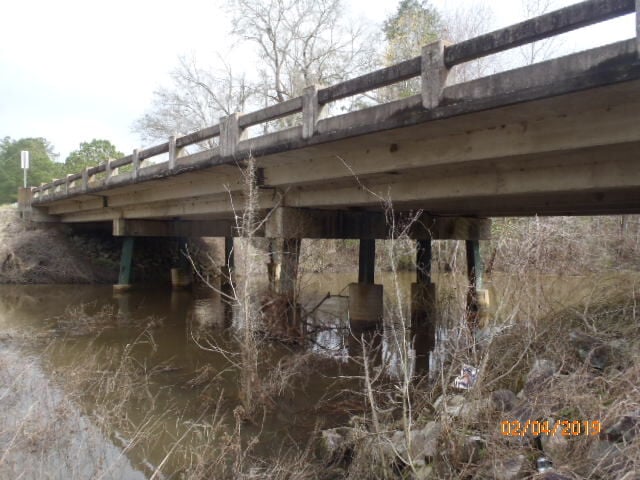 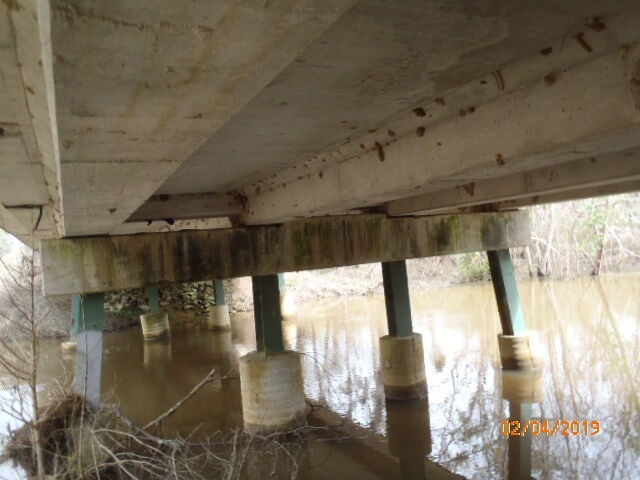 The underside of the Ty Ty Creek Bridge.

The underside of the Warrior Creek Bridge.

This Georgia Department of Transportation photo shows a crack in the Warrior Creek Bridge substructure.

Protective paint has eroded beneath the Warrior Creek Overflow Bridge.

The underside of the Ty Ty Creek Bridge.

MOULTRIE, Ga. — The Georgia Department of Transportation is planning to replace a set of Colquitt County bridges, one of which was deemed the worst in southwest Georgia by a report last year.

But drivers who use Ellenton-Omega Road will have to continue to be patient. Construction is scheduled to start in Fiscal Year 2024 (between July 1, 2023 and June 30, 2024), the DOT said, and it’s too soon to know how long it might take to complete.

The bridges across Warrior Creek, Warrior Creek Overflow and Ty Ty Creek are all within about 1.2 miles on the county-maintained road, according to documents on the DOT’s website.

Preliminary engineering took place in FY 2019, the website said, and right-of-way work is going on in the current fiscal year. Both the moving of utilities and actual construction are planned for FY 2024. All future dates are subject to change based on changes in priorities and available resources.

The bridge issue was raised at a meeting of the Colquitt County Board of Commissioners earlier this month because of a detour proposal. The DOT initially wanted to build an alternate bridge near the current bridges to reroute traffic onto, then build the replacement bridge where the bridges are now, which would allow traffic to continue to flow on Ellenton-Omega Road while construction was going on.

Since then, the DOT offered a change — rerouting traffic away from Ellenton-Omega Road so that an alternate bridge wouldn’t have to be built, County Administrator Chas Cannon told commissioners Feb. 2. The detour would take traffic through Norman Park and back to Ellenton-Omega by way of Livingston Bridge Road, a detour of 16 miles. It would put farm equipment traffic running through the small town, past the elementary school where traffic problems already exist, Cannon said.

Commission Chairman Denver Braswell speculated farmers would be more likely to take Vickers Bridge Road — a dirt road — to avoid both the construction and the detour, and that would cause a problem with its condition, especially during a rain.

In an interview Feb. 10, Cannon said stakeholders met with the DOT, and the transportation officials understood the county’s objections to the long detour. They agreed to revert back to the original plan with an on-site detour over an alternate bridge.

The bridges on Ellenton-Omega Road have long been among the worst in Colquitt County. They were on a list of proposed projects for a regional Transportation Local Option Sales Tax that was rejected by voters in 2012.

The report deems a bridge deficient if it meets at least one of three criteria: The physical condition of a bridge deck, superstructure or substructure is rated a 4 or below on a scale of 9, indicating significant deterioration of a major component of the bridge; a bridge is restricted to carrying only lighter-weight vehicles; a bridge has a carrying capacity of 18 tons or less, which restricts it from carrying larger commercial vehicles.

All three of the bridges have weight restrictions, including limits on larger commercial vehicles, according to the state DOT bridge inspection reports.

Those same reports list the physical conditions of the deck, superstructure and substructure. Most elements of all three bridges are rated 6 (Satisfactory). The only rating of 4 (Poor) was the substructure of the bridge over Warrior Creek, which is the oldest and longest of the three. All three bridges’ reports are dated Feb. 4, 2019.

The Warrior Creek bridge was built in 1938 and widened in 1959. It’s 300 feet long by 24 feet wide. The DOT inspector found 14 defects and eight maintenance issues.