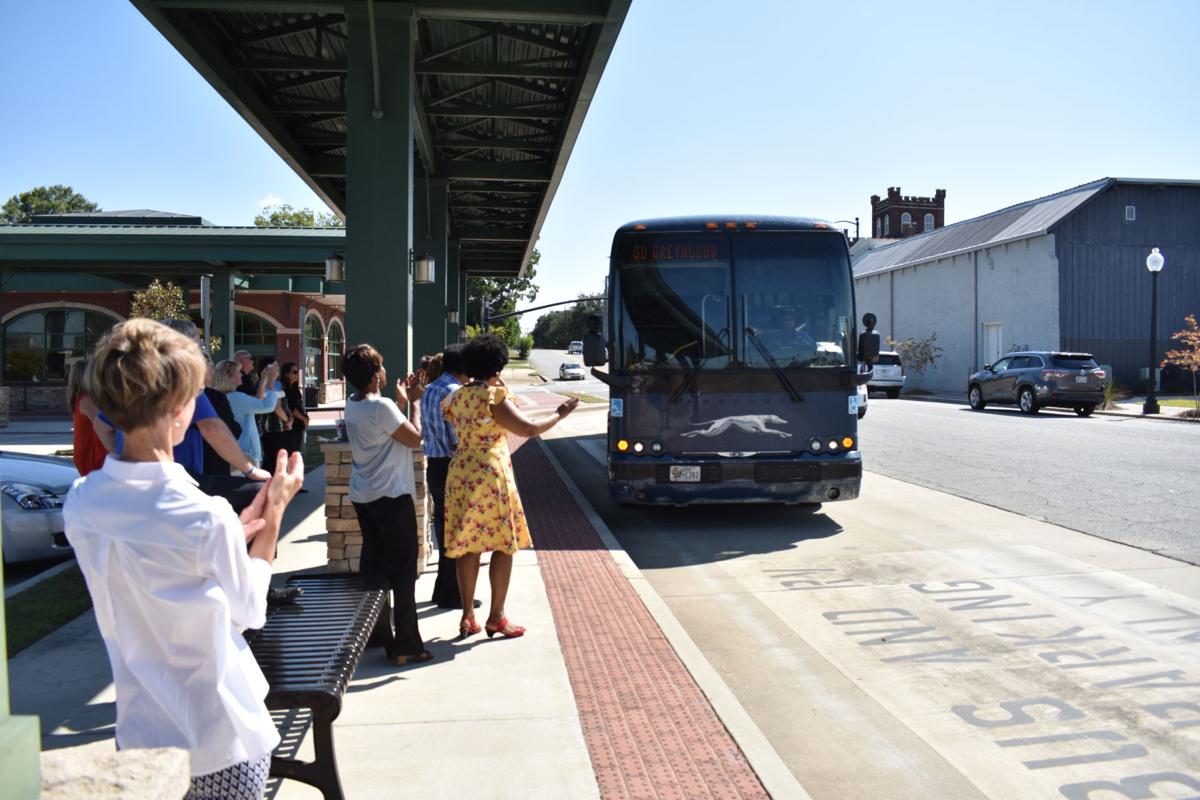 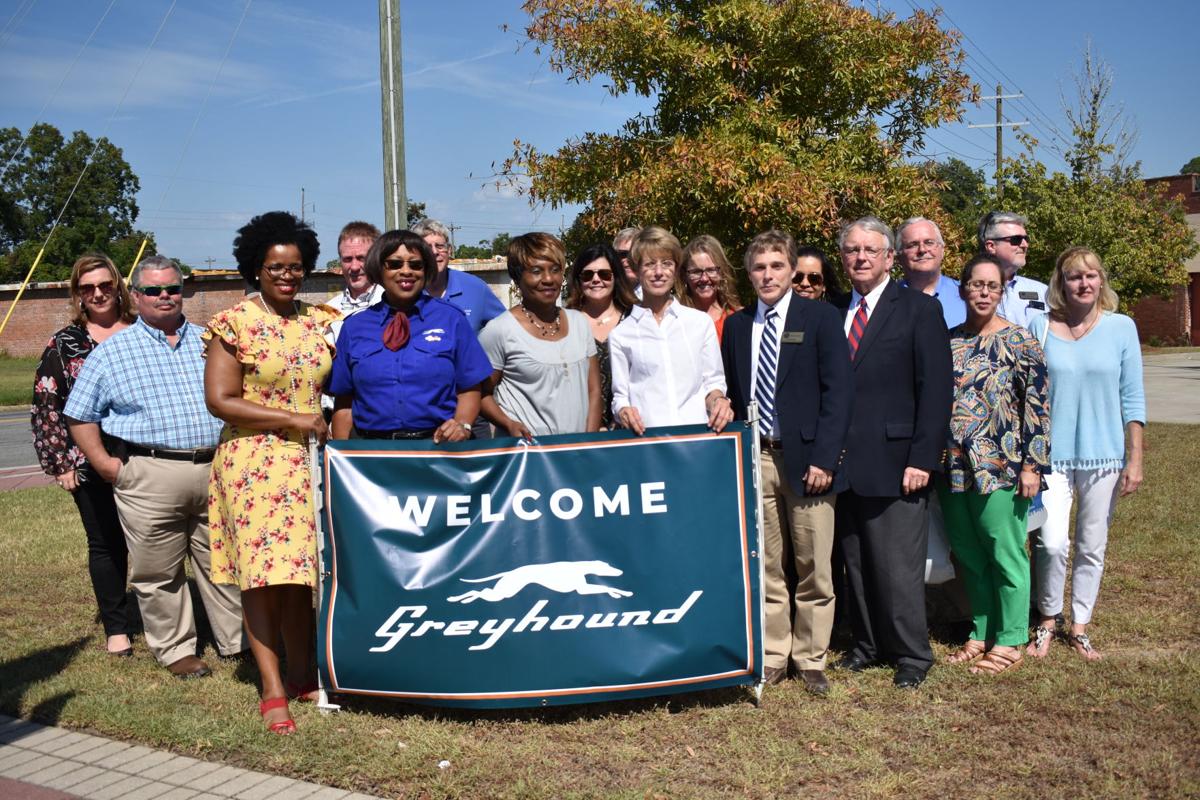 MOULTRIE, Ga. — The city culminated seven and a half years of work on Sept. 16 with the reintroduction of Greyhound Lines bus service to Moultrie.

The bus arrived at 3:35 p.m., an hour later than expected, but was still a sight to see for city officials. It’s the first intercity bus the town had seen in 15 years, according to City Councilwoman Angela Castellow.

Belinda McMillian, the bus driver, said she used to drive the Greyhound through Moultrie from 2001 to 2003. She didn’t know Greyhound stopped its route through the city.

“This made me overwhelmed knowing it stopped and started again,” she said. “It’s like history and it’s a good thing that it’s back.”

City Manager Pete Dillard said the deal that brought Greyhound back to Moultrie was the handiwork of city council members Castellow, Cecil Barber, Lisa Clarke Hill and Daniel Dunn and Mayor Bill McIntosh. Dillard was hired as city manager in 2016, and his efforts to get bus service here began as soon as he took office.

Dillard said he was contacting intercity bus services as early as March 2017, starting with Stephen Gaines, a Greyhound representative. He’d taken pictures of the Intermodal Transportation Facility on Second Street at First Avenue Southeast and sent them to Gaines in an effort to attract Greyhound to Moultrie.

He said they were taken aback by the facility.

“They couldn’t believe it, so they came down and took their own pictures inside and out,” Dillard said. “That’s what really got the ball rolling.”

Hill credited the Rev. Rufus Jolly as the original inspiration behind the city’s first transportation efforts in 2012.

Jolly is legally blind and couldn’t drive, so he thought riding the bus would solve his dilemma. But back then, there was no bus service, so he knew something needed to be done.

His voiced persistence led to the creation of the Intermodal Transportation Facility in 2012. Jolly was happy with the result, but it wasn’t the intercity bus service he was hoping for. So he kept speaking, but to no avail.

“It seemed like no one was listening, but when Pete came to town, Pete said ‘I’m listening’ and ‘I’ll try again,’” Jolly said. “A month ago, he said I don’t know whether we’ll get it or not, but we’ll try.”

Now, with the service’s arrival, he said “It’s an awesome opportunity for the whole community.”

“It’s been a long process, but it’s here,” Dillard said.

Hill had been anticipating this day with her District 1 constituents. She said this will be good not only for the people who can’t or don’t want to drive, but it’ll also serve as an example that people’s voices matter.

“If they do bring suggestions and it’s feasible, we (city council) can move it forward,” she said. “We can’t do everything, but for the most part when it’s about quality of life or the community that’s what we’re about.”

David Kaney was Moultrie’s first person to ride Greyhound and the only one who showed up to ride at the debut. He declined to comment.

Dillard said this is promising since Kaney bought his ticket without Greyhound or the city advertising the new stop. He said the city will be using its Facebook and webpage to advertise in the near future.

Greyhound will run through Moultrie twice a day, seven days a week with tickets starting between $14 and $18.

Employees of MIDS, Inc. — the transit bus service housed at the Intermodal Facility — will be trained by Greyhound to sell physical bus tickets, but tickets can also be bought online.

The physical tickets will contribute to city revenue via commission on tickets given to MIDS, Inc. from Greyhound, Dillard said.

With Greyhound looking at profits and its passenger traffic, Dillard said only time will tell if it stays.

“I think there’s a real opportunity,” Dillard said. “Like anything else, it’s got to pay, but I will be shocked if it doesn’t stay.”

MOULTRIE [mdash]It's with a humbled heart and gentle submission to God's plan that we announce the passing of Mrs. Betty Tyson departed this life on February 25, 2020. Funeral services are incomplete and will be announced at a later date. Doris Strong & Litman Funeral Home is in charge o…