Born with 1 hand, she's an inspiration in virus fight 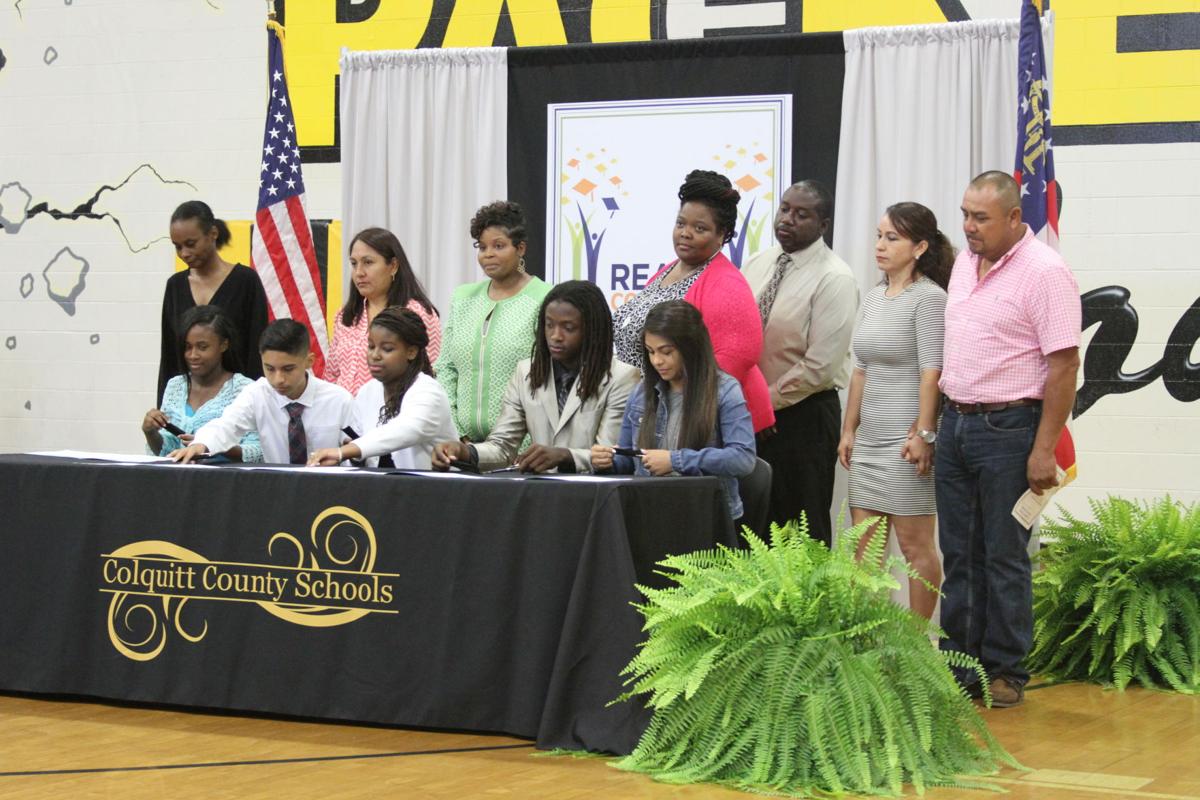 Colquitt County’s first five REACH Scholars sign contracts promising to maintain good grades and attendance and meet other requirements so that upon graduation the state will provide each of them a scholarship of $2,500 per year for four years. Seated from left are Da’Naiza N. Williams, Miguel A. Luna, Sonji E Hargrove, Pershaun T. Fann Jr. and April J. Castaneda, and behind them are their parents, who also had to sign the contract in support of their students. 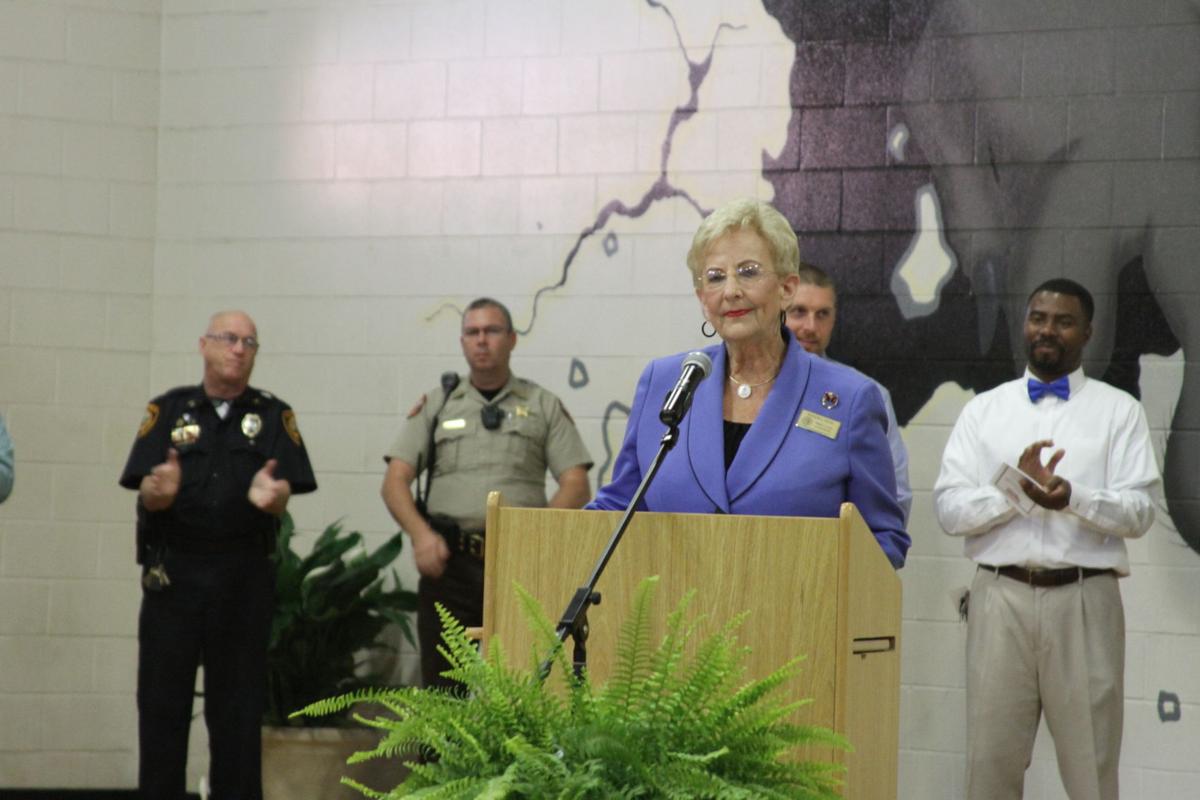 Colquitt County’s first five REACH Scholars sign contracts promising to maintain good grades and attendance and meet other requirements so that upon graduation the state will provide each of them a scholarship of $2,500 per year for four years. Seated from left are Da’Naiza N. Williams, Miguel A. Luna, Sonji E Hargrove, Pershaun T. Fann Jr. and April J. Castaneda, and behind them are their parents, who also had to sign the contract in support of their students.

MOULTRIE, Ga. — Five Colquitt County eighth graders signed contracts Wednesday to get good grades and attendance, to meet with mentors and academic coaches and to graduate from high school and pursue postsecondary education. In return, the State of Georgia will provide them $2,500 per year toward four years of college or technical education.

REACH Georgia is a needs-based scholarship launched five years ago by Gov. Nathan Deal. His wife, Sandra Deal, herself a former educator, was the keynote speaker at the Wednesday signing ceremony at Willie J. Williams Middle School.

The event was held at the middle school because this year’s REACH Scholars — April J. Castaneda, Pershaun T. Fann Jr., Sonji E. Hargrove, Miguel A. Luna and Da’Naiza N. Williams — were chosen last year when they were in seventh grade. This year’s seventh graders were present at the signing ceremony so they could see those scholars’ success and prepare now to be in next year’s class.

Sandra Deal told the assembled students how then-Gov. Zell Miller had created the HOPE Scholarship and the state-funded pre-kindergarten program 25 years ago, and how then-President Jimmy Carter had spearheaded public kindergarten classes years before. She urged them to be grateful for those efforts to give them a good start to life.

She urged them to focus on scholastic success now. Scholarships and college applications are concerned with scores in high-school-level courses. That typically starts in ninth grade, but a few advanced courses for high school credit can be taken in eighth grade.

“Every year counts,” she said.

She also praised the Move on When Ready program, which allows high school students to take courses that give them both high school and college credit.

“The state is paying for that. Your parents don’t have to do that,” she said.

Deal acknowledged to the REACH Scholars that the $10,000 the state will provide if they succeed at the contract will not pay their full tuition, so they’ll have to seek other scholarships too, including the HOPE Scholarship.

“There are scholarships that are available that are never even applied for,” she said, urging them to speak with counselors and do research to find what money they may qualify for as they get closer to graduation.

“I want to emphasize how important it is for you to make the commitment yourself,” she said.

The REACH Georgia program grew out of the state’s expected need for more college and technical school graduates. By 2025, more than 60 percent of the jobs in the state will require a post-secondary degree, according to a statement from Gov. Deal that was read at the ceremony by state Rep. Sam Watson.

REACH Georgia began as a two-year pilot program in 2012 with five school systems — Rabun, Douglas, Dodge, Quitman and Bulloch counties — according to the website reachga.org. Today, REACH serves 103 school systems and has just celebrated its first graduating class. In all, it has reached more than 1,200 students.

• April Castaneda, daughter of Marco and Veronica Castaneda, said she hopes to become a physician.

• Miguel Luna, son of Adrian Escobar and Maria Luna, said he hopes to have a career in technology.

• Da’Naiza Williams, daughter of Arlisa Gray, said she hopes to become a therapist or teacher.