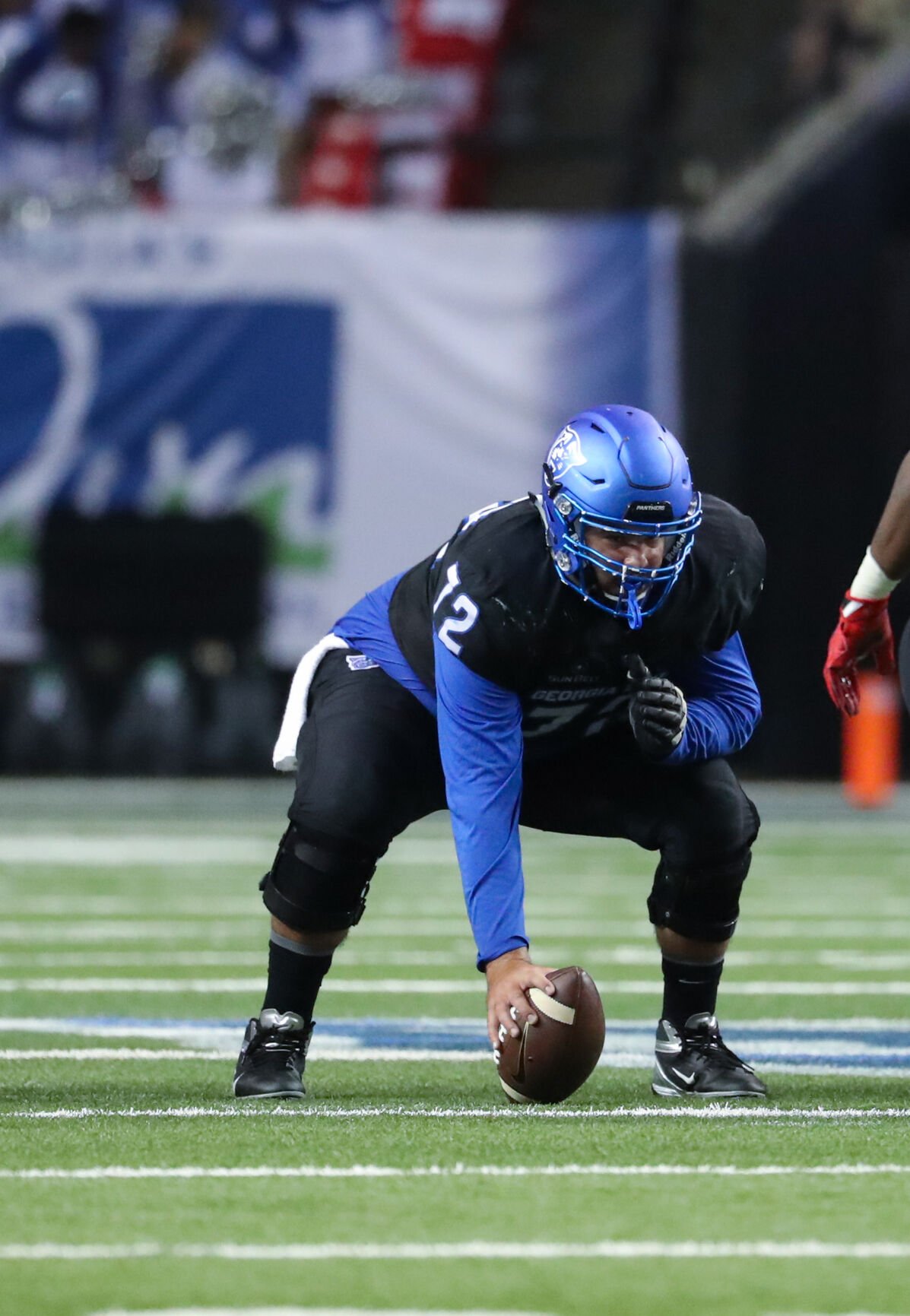 Georgia State's Gabe Mobley prepares to make snap in a game against vs Ball State at the Georgia Dome. 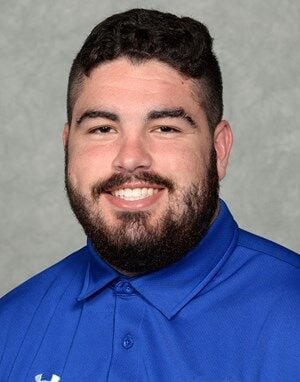 Georgia State's Gabe Mobley prepares to make snap in a game against vs Ball State at the Georgia Dome.

MOULTRIE – Think major college football players have little else to occupy their time during the season except for, well, football?

This was Gabe Mobley’s normal day during the last two seasons he started on the offensive line at Georgia State: From 6 a.m.-noon he was at the football practice facility. From 1-8:45 p.m. he was at the university’s law school.

Somewhere in the other 10 hours and 15 minutes of the day, the former Colquitt County High athlete studied, ate and, presumably, found time to get some sleep.

Mastering time management in Atlanta has paid off for Mobley, who turned in his final paper on May 20 and is set to graduate from Georgia State’s law school on June 11.

Next on the schedule is the bar exam, scheduled for Sept. 8-9.

Mobley said he knows the exam will be challenging and he has to prepare for it.

But if the academic success he has had over the last nine years while practicing and playing football at a high level are any indication, Mobley will be just fine.

While playing on Colquitt County football teams from 2011-2013 that went 32-10 overall and reached the state semifinals each year, Mobley was also working on some college courses that allowed him 24 hours to his credit when he enrolled at Georgia State.

He needed just three years to earn a bachelor’s degree in history, graduating in 2017, and began working on his law degree.

Oh, and while earning all these academic accolades, he was, after redshirting in 2014, a four-year starter on the offensive line for the Panthers.

He had a run of 38 consecutive starts before suffering a cracked tibia and torn meniscus against Memphis in his senior year.

That injury, by the way, came on the third play of the game. But he never missed a snap the rest of the afternoon.

It would take an injury a bit more serious than that one to get the youngest of Bubba and Cathy Mobley’s three football- and baseball-playing sons to take himself out.

Gabe, who was listed at 6-foot-2 and 270 pounds by the time he was snapping for the Packers as a senior, was much too big to be chasing down ball carriers, but was an All-State lineman.

All three Mobley brothers were fine baseball players for the Packers as well. Jake went on to play baseball at Georgia Southwestern before returning to Moultrie to coach several sports at his alma mater.

The youngest Mobley was fortunate to have played on Colquitt County football teams that were much more successful than the ones his older brothers toiled on.

In his sophomore year, the Packers lost in the closing seconds in a semifinal game at Grayson.

The most discouraging semifinal loss came his senior year, also at Norcross.

On a soggy track, Colquitt fell 14-9 to the Blue Devils.

“I’ve never played in a game as wet as that,” said Mobley, who added that even in the pre-game walk, the water on the field was over the players’ shoes.

And it is not lost on Mobley, nor on any of the other seniors on that 2013 team, that Colquitt County went 30-0 over the next two seasons and won a pair of state championships.

“We had to lay the foundation,” he said. “We did all the dirty work.”

Mobley said that while playing for the Packers he received some excellent instruction from offensive line coach Joey Bennett and also feels indebted to assistant coach Zach Grage, who worked with him on both the Colquitt County football and baseball teams.

Grage is now the head football coach at Thomasville.

Brother Jake helped coach him in baseball and also helped oversee his weightlifting regimen when he was in junior high.

“He was hard on me, but he played a big role (in my development),” Gabe said of Jake.

The Colquitt County staff’s emphasis on weightlifting and conditioning helped prepare Mobley for the rigors of NCAA Division I football.

“Nothing was a big shock when I got to Georgia State,” he said.

Following his senior season at Colquitt County, Mobley considered going to South Alabama, but ultimately decided to stay in state to play collegiately.

He called his decision to red-shirt in 2014 “a blessing. It gave me time to concentrate on my school work.”

The next fall, as a redshirt freshman, he moved into the starting lineup against New Mexico State in the second game of the season and was never supplanted.

In 2016, he started every game and was named to the Preseason and Fall Watch Lists for the Rimington Trophy, given to the nation’s collegiate top center.

The next season, he was again named to the Rimington Trophy Preseason Watch List, but started 10 games at right guard after playing the first two at center. He was on the field for every snap of the season.

As a senior in 2018, he was a starter for the fourth straight year, but missed Games 4 through 9 with the knee injury.

By the time his career was over, he had made 41 starts, including 25 at center, 15 at right guard and one at left guard.

Earlier this year, Mobley was honored by being named as the center on Georgia State’s All-Decade team.

Mobley said the Panthers’ 27-17 victory over Western Kentucky in the 2017 Cure Bowl in Orlando was his biggest thrill as a college player.

He also relished the opportunities to play at Oregon, Penn State and Wisconsin in his career.

He was especially impressed with the size of Penn State’s Beaver Stadium, which has a seating capacity of 106,572, but has held more than 110,000 fans.

Also gratifying was Georgia State’s 31-7 victory over Georgia Southern in 2015. Not only did the victory enable the Panthers to become bowl-eligible, it also was the worst home defeat suffered by the Eagles since 1941.

Mobley also takes pride in the fact that Georgia State was 3-1 against Southern, the Panthers’ biggest rival, during his time in Atlanta.

The future of the Georgia State program is bright under head coach Shawn Elliott, Mobley believes.

Elliott is heading into his fourth season as the Panthers head coach.

“I think he’s the real deal,” Mobley said. “He coaches hard and he’s a players’ coach. I think the program is going in the right direction.”

Mobley certainly made a name for himself both athletically and academically at Georgia State.

“I’ve enjoyed it,” he said. “It was good to get out and experience a place that is a lot different than Moultrie.

“And I’ve made a lot of friends up there.”