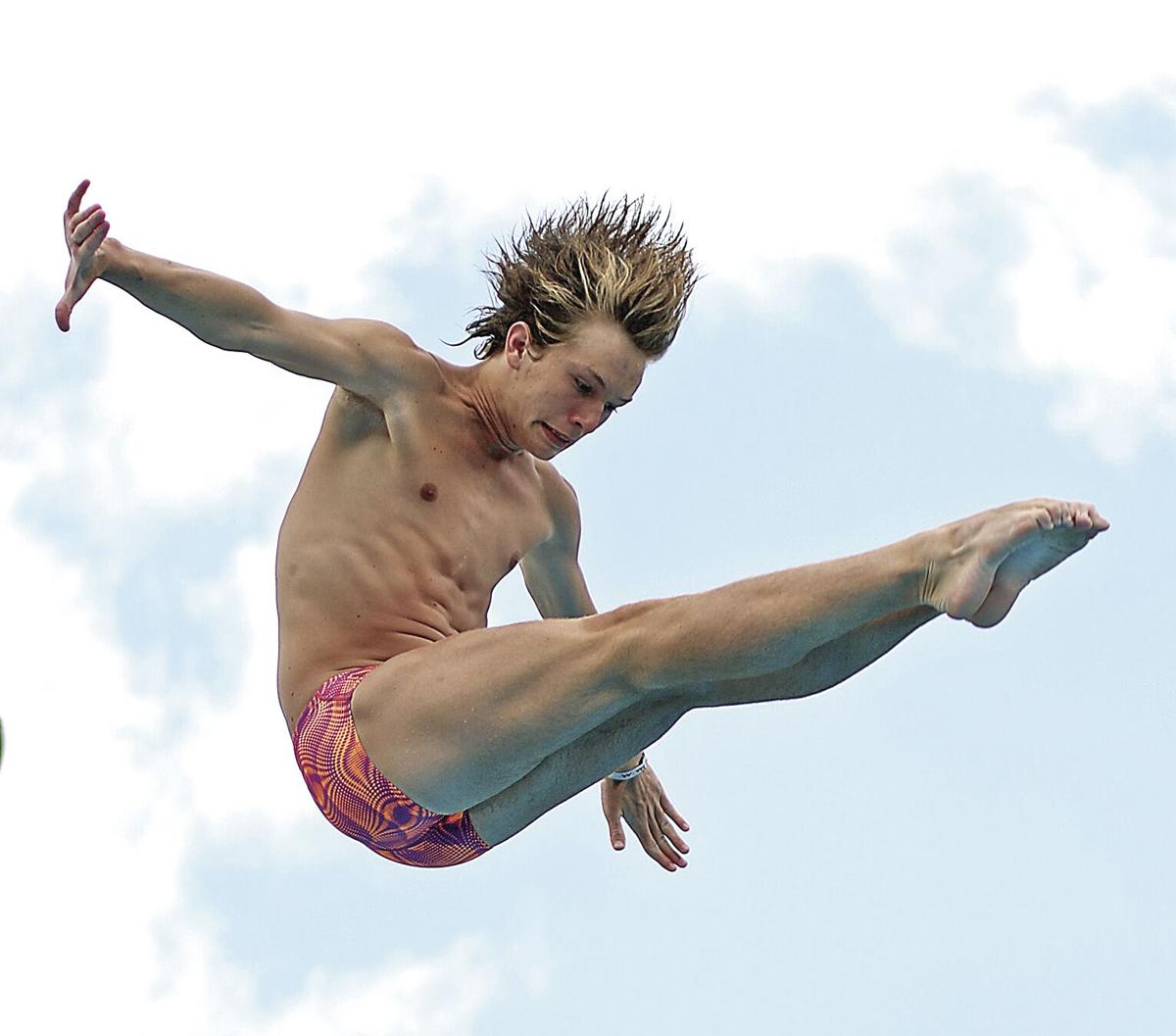 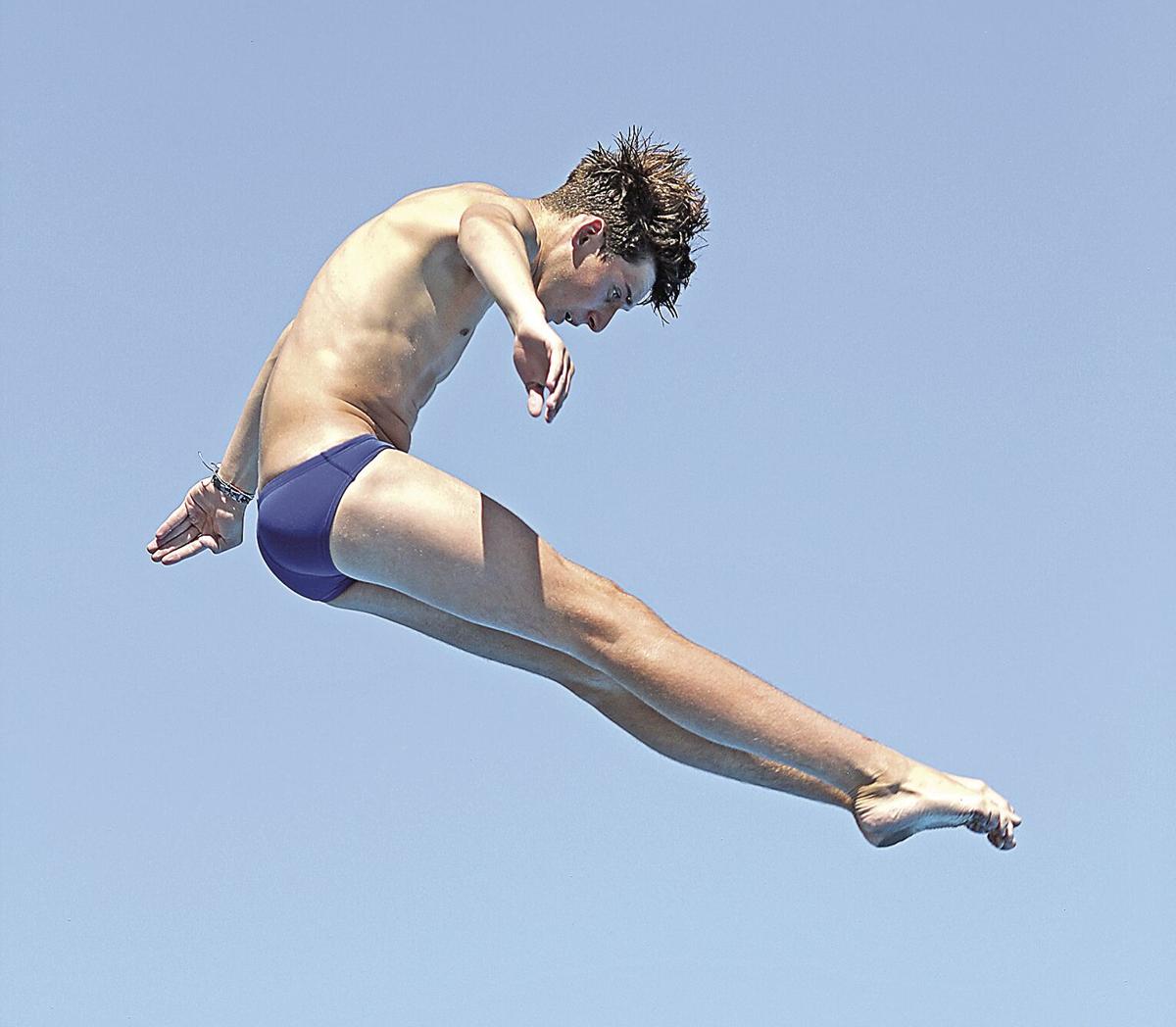 Moss Farms diver Carter Davis, who has qualified for the Zone Championships, took a seventh-place finish on platform in the 16-18 boys age group in the USA Diving Region 3 Championships held last weekend in Coral Springs, Fla.

Moss Farms diver Carter Davis, who has qualified for the Zone Championships, took a seventh-place finish on platform in the 16-18 boys age group in the USA Diving Region 3 Championships held last weekend in Coral Springs, Fla.

But the Diving Tigers did it in a more impressive fashion this year.

Not only did the Moss Farms boys and girls both finish first, the margin was the largest in the history of the event, said coach John Fox.

The Moss Farms boys scored 192 points. The Atlanta Diving Association was second with 97.

The girls scored 29 points more than the second-place team.

“The margin we won by was affirming and aspiring for us,” Fox said.

The impressive Regional performance enables Moss Farms to send 24 Diving Tigers to the Zone B championships, which will be held June 25-27 at the Moose Moss Aquatic Center.

“That is the biggest group I’ve taken to Zones,” Fox said.

The competition in Coral Springs, one of 12 regional meets, was steep, Fox said.

But the Diving Tigers got some outstanding performances from expected sources and from some young athletes on the rise.

Carson Tyler continued to make a case for an invitation to the Olympic Trials by handily winning the 3-meter springboard and platform events.

He did not compete on the 1-meter springboard, which is not an Olympic event.

“I don’t think we’ve ever done that,” Fox said.

The trio nearly pulled off another sweep on platform with Bridges placing second and Lewis fourth.

Trip was first and Tuck third on both the 1-meter and 3-meter springboards.

Trip was third and Tuck fourth on platform.

“They are both coming on pretty strong,” Fox said.

There were 72 girls entered in the 1-meter event and McCranie placed seventh, in what was her first Regional at 16-18, and White was eighth, in her final Regionals.

McCranie is coming back from an injury and also performed well on 3-meter, where she also finished seventh.

All of the girls who finished ahead of her are college scholarship divers, Fox said.

Kylee Mathis won two bronze medals in 12-13 girls and Ellireese Niday continues to perform at a high level in the 11-and-under age group.

Worobel is one of the favorites to win a National title, Fox said.

Niday finished second to Worobel on both springboards.

Fox was pleased with the performances turned in by the 11-and-under Tigers, including Ruby DeMott, Amelia Gregory, Beck Gregory, Selah Huante, Charles Stevens, and Austin Taylor.

“They are a big part of the reason we did so well,” Fox said.

Moss Farms is not likely to win a team championship at the Zone meet this year, Fox said, but it is not out of the question for the near future.

A national team championship is a goal for Fox.