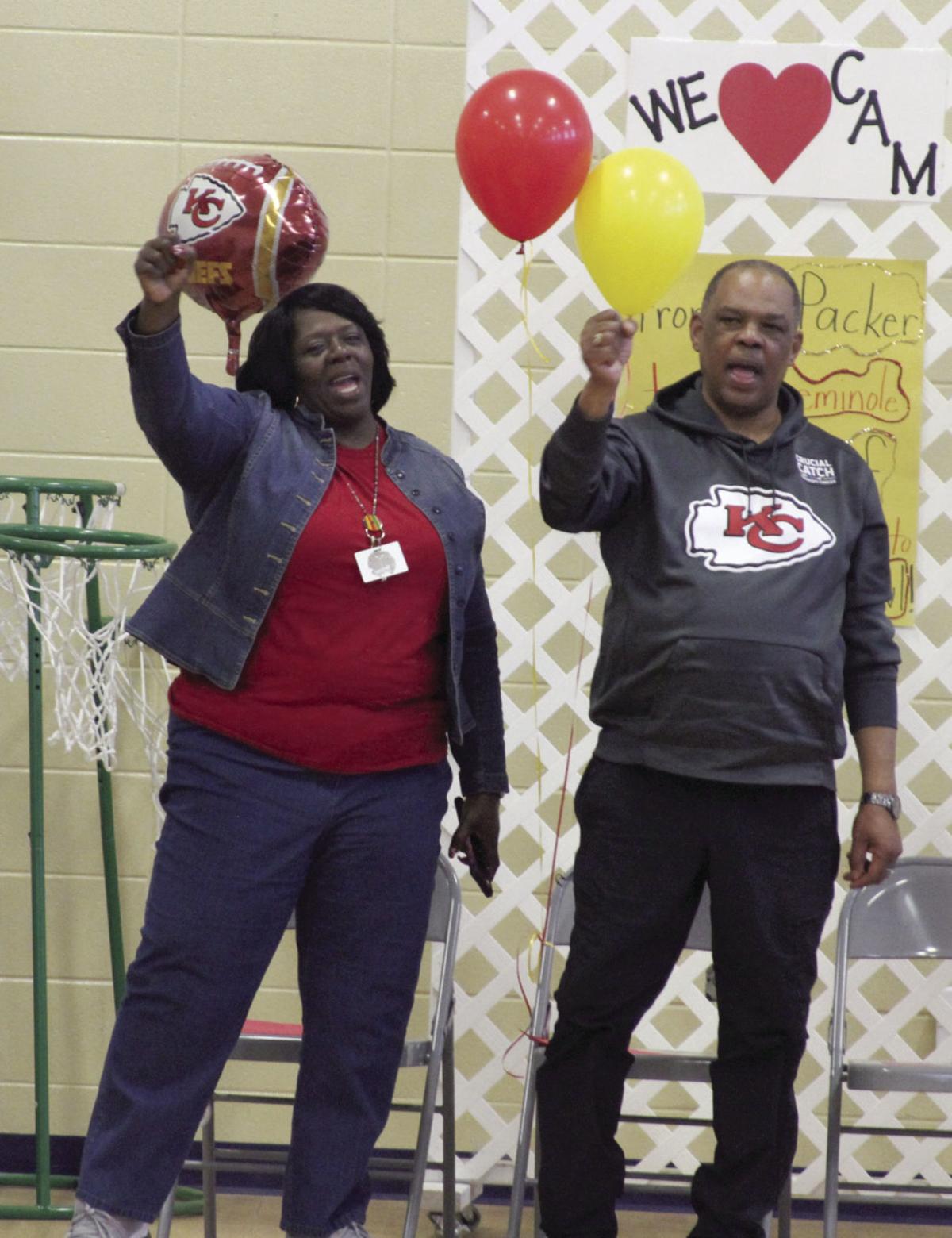 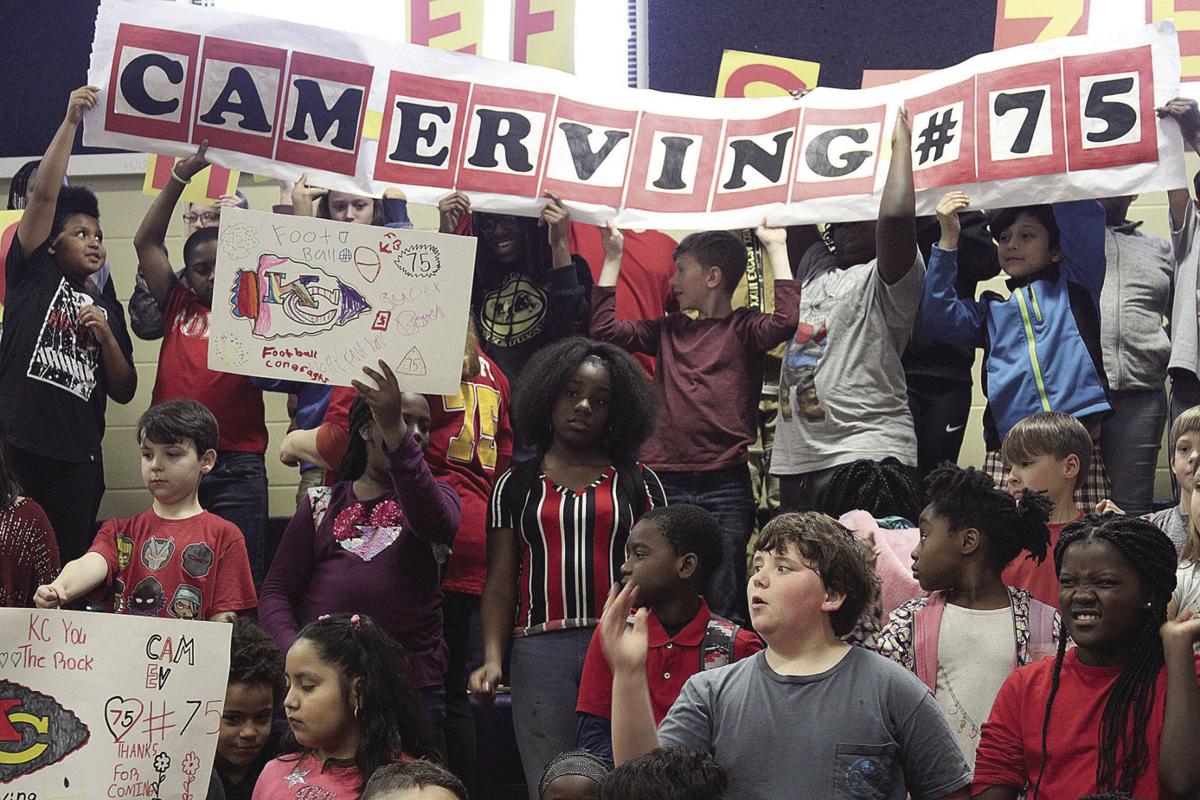 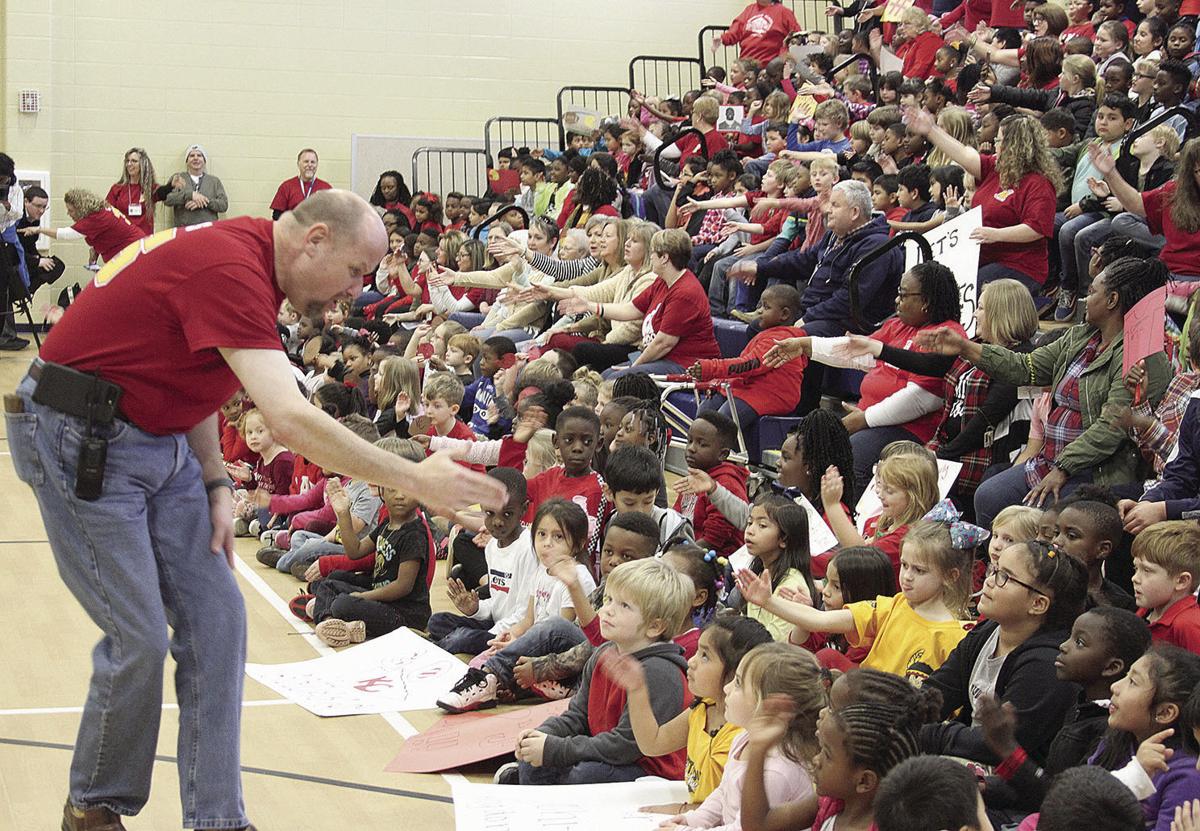 MOULTRIE – It was a little like the old “This is Your Life” show, only the main subject of celebration was a little busy Thursday in another town.

Okapilco Elementary School remembered who has to be its most famous alum, Kansas City Chiefs offensive lineman Cam Erving, with a special assembly and pep rally featuring the cheerleaders of Colquitt County High. The young students pre-K through fifth grade packed the gymnasium stands and held up sign after sign for the former Packer who is a part of Super Bowl 54 Sunday in Miami.

Erving, after winning a BCS national championship with the Florida State Seminoles, was the first Colquitt County High player ever chosen in the first round of the National Football League Draft. After two seasons with the Cleveland Browns, Erving was traded to Kansas City in August 2017.

In the 2019 season, Erving started eight games for the 12-4 Chiefs. Kansas City went on to go undefeated in the playoffs, winning the AFC Championship over the Tennessee Titans Jan. 19.

Okapilco immediately began making plans to hold a special day for Erving. Not only did Erving attend school there, but his mother Linda is still on the faculty. She and husband Moses Erving are planning on being in attendance at Hard Rock Stadium when the Chiefs take on NFC champion San Francisco.

“I’m expecting a win,” said Linda. “The kids … I call them kids … worked very hard, and (Cam) is so excited. He’s so excited about going to the Super Bowl.”

She talked about how Cam said it could take a decade or more to even get close to a Super Bowl, like even getting to a conference championship game.

“Andy Reid is an awesome coach, an awesome mentor,” said Linda. “He works really hard with every one of those young men on his team, and the older ones. The older ones are mentors for him.”

Linda also described the atmosphere within the Chiefs as “family-oriented.” It won’t be their first NFL game, but it will be the “most special.”

“I think I was more nervous at the championship game at the Rose Bowl than I am now,” she said about Florida State’s victory over Auburn in the final BCS title game in 2014. “I’m excited now. My stomach’s not churning. I’m just excited.”

“Cam’s come a long way,” said Moses Erving. “It hasn’t always been all peaches and cream. He made it. If he doesn’t do anything else, I’m thankful for the experience we’ve had over the years.”

Okapilco principal Eric Croft told the students Cam Erving’s success isn’t just because he is talented and good at playing football. Croft said Erving paid attention in school from the elementary level all the way to college. Because of that, Croft said Erving set himself up for life beyond football.

Erving is already putting his resources to good use back at home. He conducts the Cam Erving Football Camp on the Colquitt County High campus, which includes current and former Packer players as instructors.