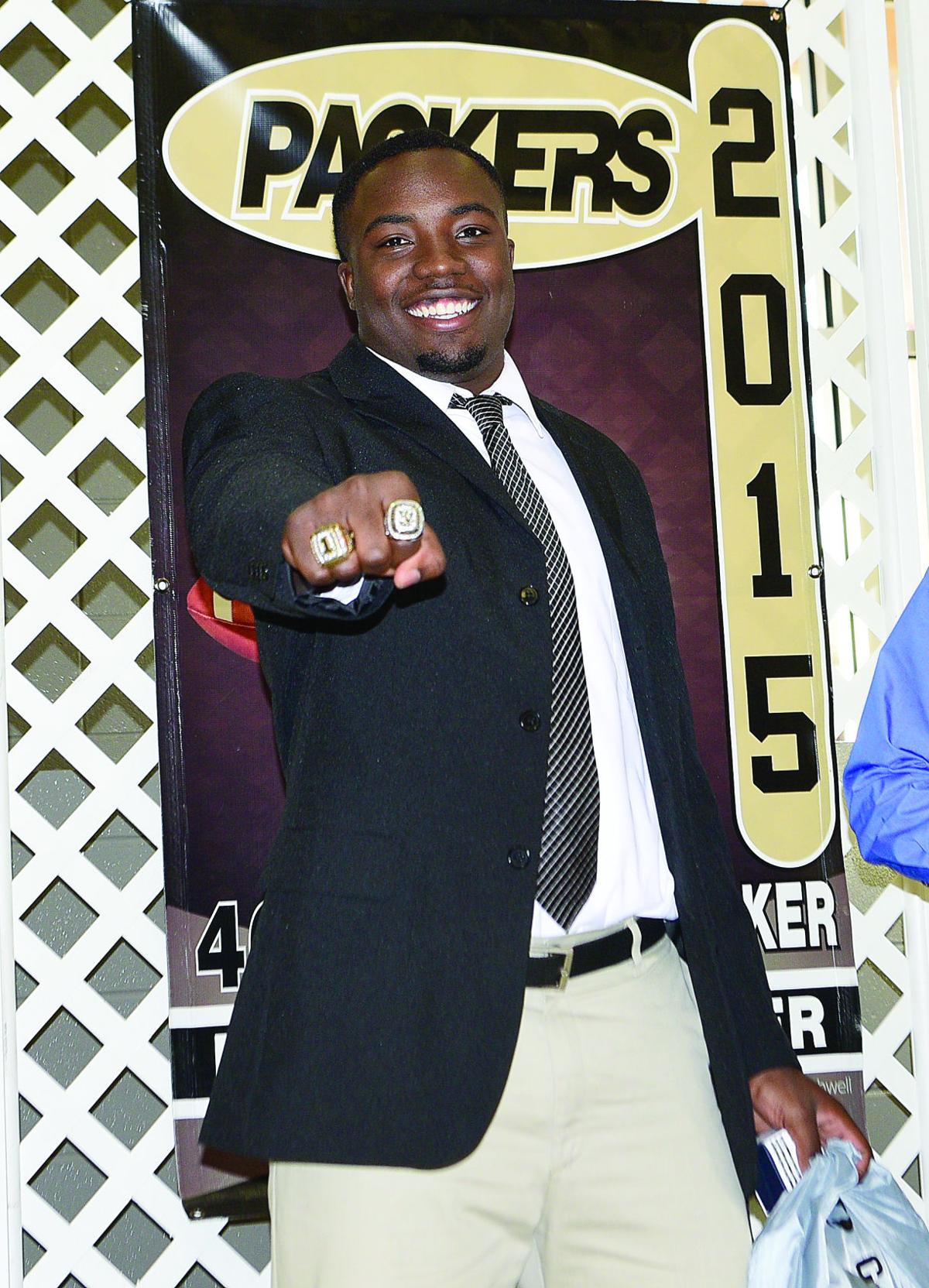 Colquitt County’s all-time leading receiver Kiel Pollard displays the two state championship rings he has received while helping lead the Packers to a 30-0 record over the last two seasons. 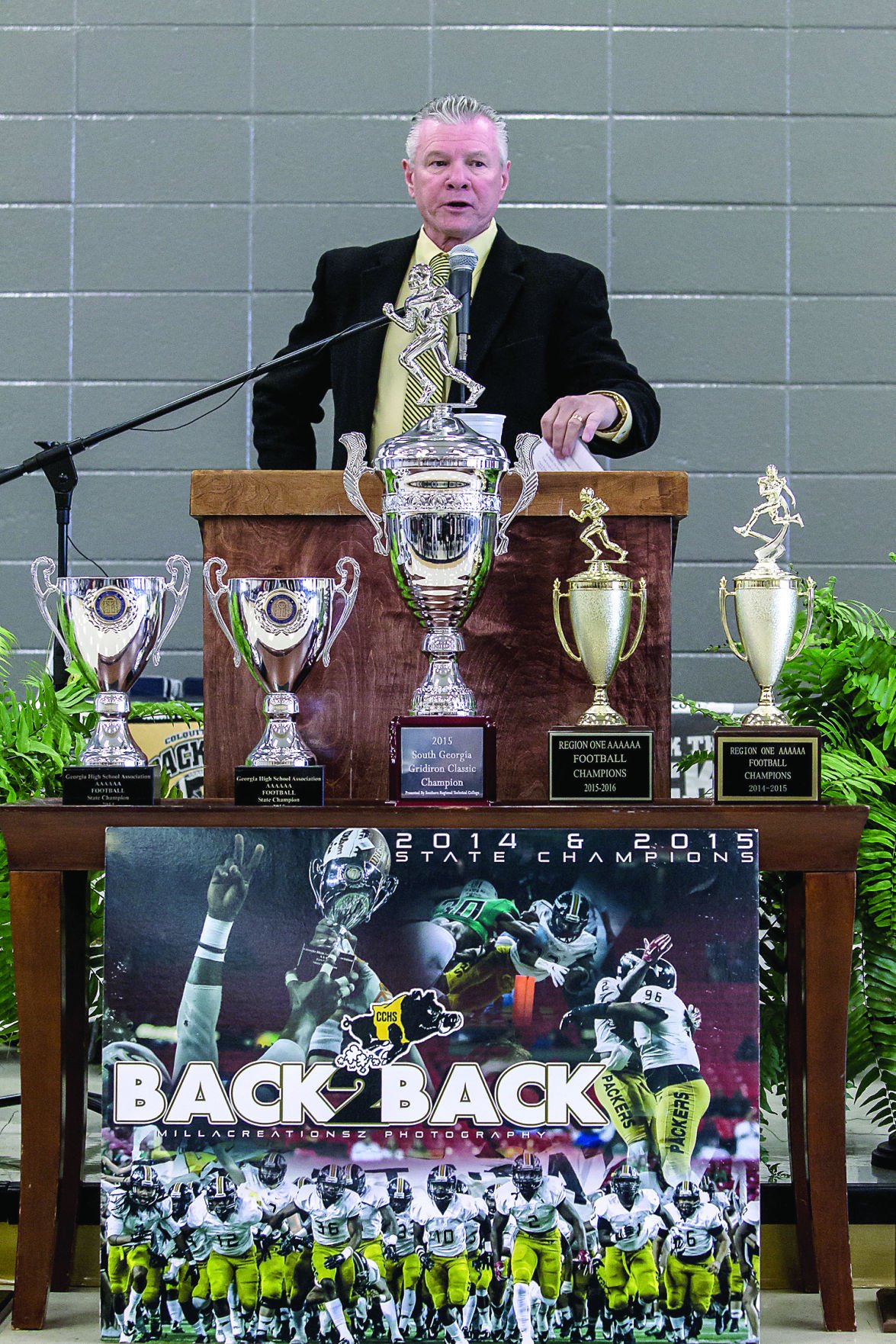 Packers coach Rush Propst called his 2015 state championship team the finest he has coached in his 28 seasons.

Colquitt County’s all-time leading receiver Kiel Pollard displays the two state championship rings he has received while helping lead the Packers to a 30-0 record over the last two seasons.

Packers coach Rush Propst called his 2015 state championship team the finest he has coached in his 28 seasons.

Propst has been a head coach for 27 seasons and has won seven state championships — five at Hoover and two now at Colquitt County — and his teams have played for three more — two at Hoover and one in Moultrie.

“And this is my finest group,” he said.

Many of the players who helped the Packers repeat as state champions and finish No. 1 nationally in two polls were also members of the 2014 team that got the first 15 of the 30 straight wins.

This year’s group overcame the graduation of an outstanding 2014 senior class and the pre-season loss of a player that had all-state potential.

Then it battled though a playoff run that culminated with games against undefeated teams away from home in the state semifinals and finals.

The Packers stunned 13-0 Mill Creek by hanging 52 points on the Hawks on their grass field, and then did not allow a touchdown in the final 47 minutes in the 30-13 win over Roswell in the state championship game in the Georgia Dome.

“They did everything asked of them times ten,” Propst said.

A number of players earned individual awards for helping take Colquitt County where no other Packer team has gone before.

The Bobby Cobb True Grit Awards were presented to running back Nathaniel Powell and outside linebacker Jay Blakely.

Presented for the first time this year was the Cam Erving Perseverance Award and it went to record-setting place-kicker Luis “Baby Lou” Martinez, who battled back from a severe injury in his sophomore year to become one the state’s top kickers.

Earl Jefferson issued 32 academic awards, awarded to players with averages of 89.5 or better.

The top average is owned by senior punter Karston Spradley, who has a 100.143.

Also honored were the top 14 juniors who are expected to lead the Packers through what will easily be the most difficult schedule in Packers history next fall.

Several groups and individuals who made large contributions to the effort to raise money to pay for the national and state championship rings were recognized, as were Brandon and Kristi Whitaker, who operate the Echo system.